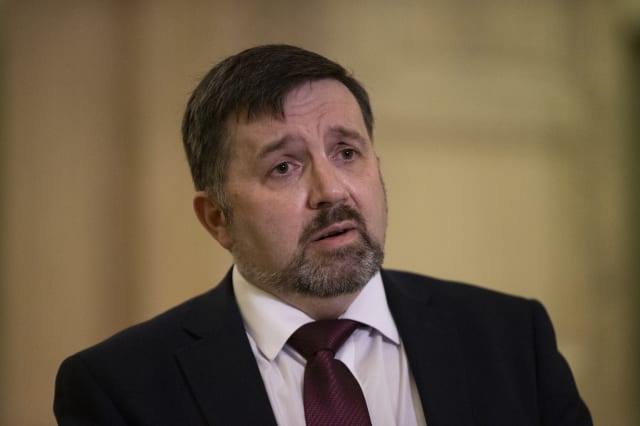 Northern Ireland is to require incoming travellers to undertake pre-departure testing for Covid-19.

Transport Secretary Grant Shapps has already set out new rules which, from next week, will require passengers arriving in England by boat, train or plane – including UK nationals – to take a test up to 72 hours before leaving the country of departure.

Failure to comply will lead to an immediate £500 fine.

Stormont Health Minister Robin Swann said: “I have agreed in principle to the proposed pre-departure testing regime for Northern Ireland.

“Officials are currently working with colleagues across the UK to resolve policy and operational issues around an effective implementation.

“This will strengthen our response to the changes seen in the transmission of the virus both domestically and across the globe.

“Taken together with the existing mandatory self-isolation period for passengers returning from high-risk countries, pre-departure tests will provide a further line of defence – helping us control the virus as we roll out the vaccine at pace over the coming weeks.”