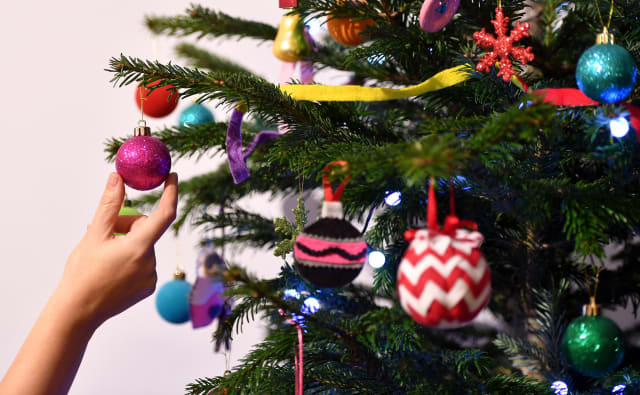 Some 44% of adults in England, Scotland and Wales said they met up to two other households on December 25, the Office for National Statistics (ONS) said.

The same proportion said they had not done so, while 10% said this was not permitted in their area.

Families had hoped to take advantage of a five-day relaxation of social restrictions to meet family members and friends indoors.

But on the weekend before Christmas, this was pared back to one day, and removed entirely for 18 million people in England in Tier 4, who were not allowed to meet people outside their household or support bubble.

The ONS analysed 3,756 responses from adults aged 16 and over between December 22 and January 3, with 2,320 people asked about their Christmas Day activities, as part of its Opinions and Lifestyle Survey.

Over the festive period, more than half (55%) of respondents said they had stayed at home with their household.

One in five (20%) said they had visited family or friends in their homes but not stayed overnight, while 15% said they had received visitors who did not stay overnight.

Five per cent said they had stayed with family or friends for at least one night, while 3% said they had hosted overnight visitors.

Around one in five adults surveyed (18%) said they found it very difficult or difficult to follow the Government’s rules during the festive period.

Almost half (48%) of this group said this was because they had already made plans by the time the Government changed its position on what was permitted over the festive period.

The ONS also found a rise in people saying they are likely or highly likely to have a coronavirus vaccine, with 85% of people reporting this.

This compares with 78% of respondents between December 10 and 13.

The first vaccine to be approved was the Pfizer/BioNTech jab in early December.

Approval of the Oxford/AstraZeneca vaccine followed on December 30.

Seven per cent of adults said they were very or fairly unlikely to take up a vaccine if offered.

More than half (51%) said this was because they were worried about the side-effects or long-term impact on their health, and 47% said they wanted to wait to see how well the vaccine works.