Call for investigation into pro-Brexit lobby group relocating to Ireland 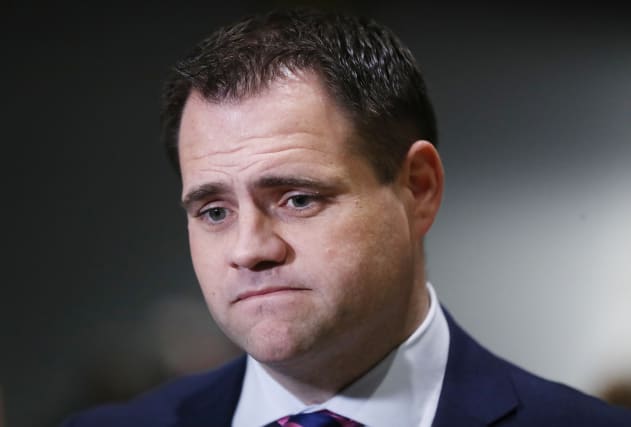 A TD has objected to the relocation of pro-Brexit lobby group Leave.EU to Ireland saying “they’re not welcome”.

Fine Gael’s Neale Richmond says the move is merely a bid to maintain its dot EU domain name, and has called on the regulator and the Minister for Communications to investigate.

Leave.EU, which backed leading Brexiteer Nigel Farage, has relocated the registered office for its website to Waterford.

The organisation would lose its domain if it kept its original address in Bristol.

Mr Neale has written to Comreg, the online regulator, and Communications Minister Eamon Ryan, calling on them to investigate if the organisation are entitled to keep the domain name.

In his letter to the regulator, he wrote: “I would request that ComReg investigate this move to ensure the company meets all the necessary requirements to hold a .EU web domain.

“Is the organisation active in Ireland, is the registration in Waterford a material move or a form of brass plating?”

Mr Richmond said: “Leave.EU are an odious campaign organisation that has been active in the UK for the past three years, both in the Brexit referendum campaign and the negotiations that came thereafter.

“Indeed they were fined for their activities in the Brexit referendum.

“We’ve learned over the last couple of days that this organisation has relocated their headquarters to Waterford in Ireland, mainly just to maintain their domain name.

“To make sure that they can still feature higher on search engines across social media, and much else.

“It requires residency and requires a proper relationship.

“And so today I have written to ComReg, and I have placed questions to the Minister for Communications, to ensure that this move is truly legitimate.

“Indeed, they didn’t want to be in the EU themselves.

“So we have to make sure that if we’re trying to relocate here, they’ve done everything correctly.

“And to be honest, we have to underline, they’re not welcome.”

The PA News Agency has contacted Leave.EU for comment.