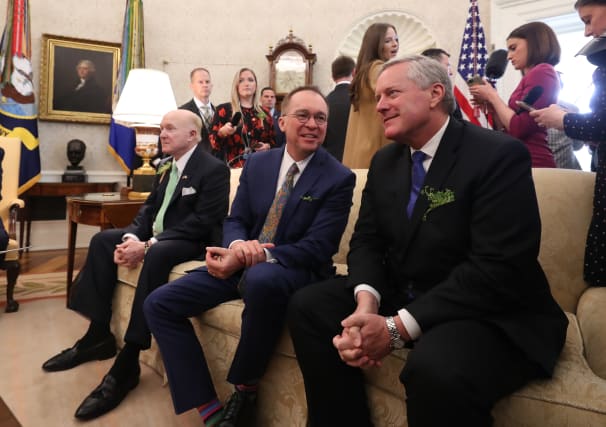 The US special envoy to Northern Ireland, Mick Mulvaney, has resigned from his post.

Mr Mulvaney, a former chief of staff to President Donald Trump, said he “can’t stay” in the role following chaotic scenes in Washington DC when protesters stormed the US Capitol.

A woman died after being shot and windows were smashed in scenes that saw legislators and aides evacuated to safety.

Mr Mulvaney was sworn in as Northern Ireland envoy in May.

He said Mr Trump was “not the same as he was eight months ago”.

“We didn’t sign up for what you saw last night,” he told CNBC.

“We signed up for making America great again, we signed up for lower taxes and less regulation. The president has a long list of successes that we can be proud of.

“But all of that went away yesterday.”

He described the events, which have been condemned across the world, as “completely unacceptable and shocking to many people in this country”.

“What you saw yesterday was an insurrection and people who charged the centre of our government for the specific purpose of stopping a constitutional process,” he told the BBC.

“I don’t know how else, short of whipping up machine guns and tanks, you would define an insurrection.