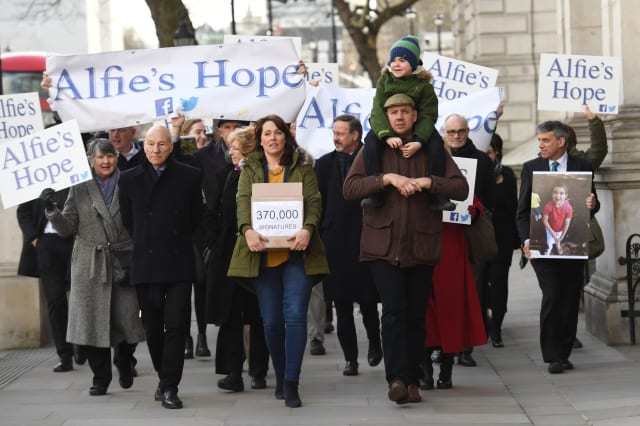 The Government is looking for an “urgent legal fix” to resume the importation of medical cannabis from the Netherlands post-Brexit, the Health Secretary has said.

Matt Hancock told MPs on Thursday that the Dutch government was behind the decision to halt the product’s supply to the UK after Britain left the EU single market and customs union.

It comes as Hannah Deacon said her nine-year-old son’s life is at risk because the medical cannabis used to keep him free of seizures could no longer be imported.

Ms Deacon said she had only learned of the change in policy less than two weeks before the Brexit transition period came to an end at the end of 2020.

She said she has just six weeks’ supply left of the Bedrolite oil on which her son, Alfie Dingley, depends to keep him free of seizures.

Asked about the problems faced in cases like Alfie’s, Mr Hancock told the Commons Health and Social Care Committee: “This is actually a decision by the Dutch government. And therefore, we’re obviously working very closely with them to try to change the position.

“It isn’t a decision that we can unilaterally change from the UK. And so we’re looking in the short term at an urgent legal fix and in the medium term, working with the Home Office and of course, the Dutch government to try to find a way through.”

In 2017, Ms Deacon’s campaigning led to a change in the law which meant that the medicine could be prescribed in the UK.

However, the Department of Health and Social Care (DHSC) has said that since Britain left the EU, Bedrolite oils dispensed in the Netherlands against UK prescriptions were “no longer an option”.

Ms Deacon said she only learned of the ruling by chance after a letter was sent to stakeholders in the medical cannabis sector on December 17.

“I was only told because someone who knew me was told about this letter, which is utterly disgraceful in itself. The lack of notice is disgraceful also,” she told the BBC Radio 4 Today programme.

“When we have appealed to the Department of Health they said to us in writing they understand it is concerning but there are other products available, so we should swap products, which shows a complete lack of understanding of refractory epilepsy, a complete lack of empathy.

“Every cannabis product has slight changes in it depending on the plant used to grow it. My son benefits from Bedrolite because of the quality of the product.

“If we move him to another product there is no guarantee that he is going to be safe. That is very dangerous.”

A DHSC spokesman said that while they sympathised with patients dealing with “challenging conditions” there was a range of alternative cannabis-based medicines available to UK patients.

“The decision on what treatments to prescribe for patients is rightly one for clinicians to make, on a case-by-case basis and dependent on the specific needs of the individual,” the spokesman said.

“If patients have any concerns, they should discuss them with their doctor.”