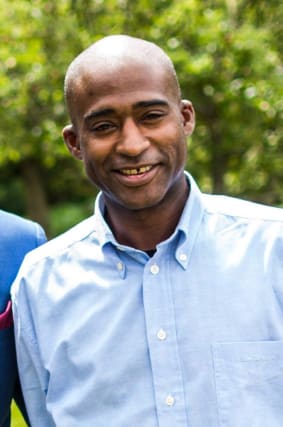 Two cousins who killed a man in an “appallingly violent” attack after wrongly accusing him of stealing a bike have been jailed.

Mikhail Hanid, 47, suffered multiple stab wounds after being confronted by Curtis Ford, 28, and Samuel Ford, 30, near his home in Weston-super-Mare, Somerset, on June 27 last year.

Mr Hanid, described by a judge as a “warm, kind-hearted and interesting human being”, was taken to hospital but died three days later despite undergoing operations and receiving intensive care treatment.

During the trial, it emerged that Samuel Ford had used racist language to describe Mr Hanid in a text message sent before the attack.

Judge Peter Blair QC, the Recorder of Bristol, jailed Curtis Ford for life and ordered him to serve a minimum of 26 years in prison.

The judge jailed Samuel Ford for nine years, with an additional three years on licence.

Describing the attack on Mr Hanid, Judge Blair said: “He was brutally killed by an appallingly violent knife attack upon him last June in Weston-super-Mare.

“It was an utterly senseless act by Curtis Ford.”

Mr Hanid did not know either Samuel or Curtis Ford, who lived together on Baildon Road in Weston-super-Mare.

On June 25, Mr Hanid spent the afternoon with friends, including a woman named Lizzie Crow, in the town.

Later that day, Miss Crow met up with Samuel Ford and he later realised that his bike was missing. He blamed the people who Miss Crow had been with that afternoon, including Mr Hanid.

During the trial, the court was told that another man in that group had taken the bike and tried to sell it on.

Samuel Ford aggressively attempted to establish who had stolen his bike and asked for Mr Hanid’s contact details.

In one text message sent before the attack, he described Mr Hanid using racially abusive language.

The judge said Samuel Ford had insisted that Mr Hanid’s skin colour had “nothing to do with” the attack.

“I regard the comments you made about him as revealing an ingrained prejudice,” the judge told Ford.

Mr Hanid was returning to his home after visiting a friend when he was attacked by the men who were “lying in wait”.

Witnesses heard a man shouting “where’s my bike?” and the sound of someone crying out in pain.

Curtis Ford then ran off but Samuel Ford remained by Mr Hanid, asking him “where’s my bike?”, for a further two minutes.

Police were called to the scene at 12.10am on June 27 and found Mr Hanid lying in the gutter, having lost a significant amount of blood.

Mr Hanid was found to have suffered 11 stab wounds, including two to the right hand side of his torso.

In statements read to the court, Mr Hanid’s family described him as a caring brother, son and uncle.

They said he would never have stolen a bicycle and had been killed in a “brutal, thoughtless and hateful attack”.

“Mikhail was worthless to Samuel and Curtis Ford,” his brother said.

“To our family, he was a deeply loved son, brother and uncle.

“Mikhail was a kind, loving and gentle man with an infectious smile and a kind word for all.”

Speaking after the case, Detective Chief Inspector James Riccio, of Avon and Somerset Police, described Mr Hanid as “an innocent man who was subjected to a brutal attack”.

“This incident has been recorded as a hate crime due to the racially abusive language used within the threats against Mr Hanid and I am sure the impact of what happened has been felt by people in the community,” he said.

“As an organisation, we continue to tackle violent crime and work with our partners to educate around the consequences of knife crime.”