Shop sales down 58% at Joules over important Christmas period 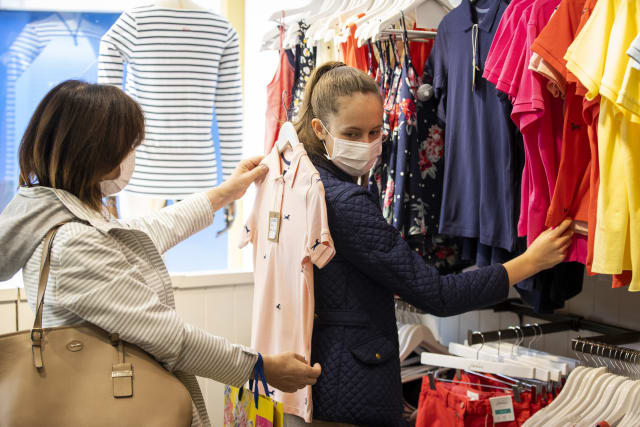 Clothing company Joules has revealed that sales in its stores dropped by more than half over Christmas, as restrictions remained in place because of the Covid-19 pandemic.

Total store sales declined by 58% over the seven weeks to January 3, the company said.

A large part of the drop was because many shops were forced to close over the vital period, however, even when shops were able to open their doors, revenue was down by 23% compared to a year earlier.

The last two weeks of the seven were particularly hit, Joules said.

“Whilst the latest round of restrictions on store retail across the UK present a further challenge for the retail sector as we enter 2021, we remain very confident that Joules, as a highly relevant, digital-led brand with an engaged and growing customer base and healthy balance sheet, is well positioned to navigate these challenges,” said chief executive Nick Jones.

Online sales delivered an increase of 66% compared to a year earlier.

“We are pleased with the continued strong performance delivered across our digital channels during the Christmas trading period and are encouraged by the increasing customer awareness of, and demand for, the Joules brand,” Mr Jones said.

“This has been supported by our Friends of Joules digital marketplace which added a great range of products and gifting options for customers throughout the Christmas trading period.”

Joules said that if current restrictions which force non-essential retail stores to close in England, Scotland and Wales continue until the beginning of April, the company will likely record between £14 million and £18 million in lost revenue.

Shares in the retailer dropped by as much as 7.5% on Thursday morning after the news was announced.