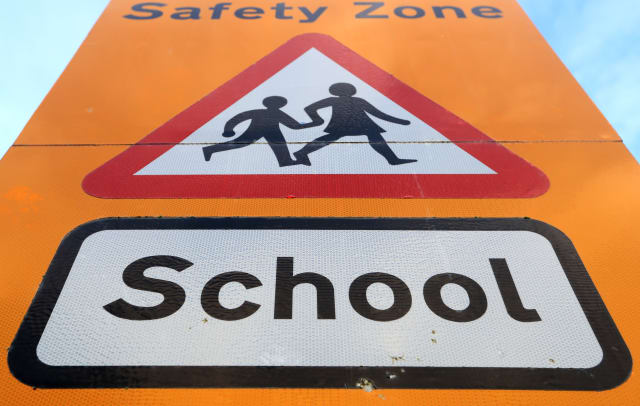 Schools in England should not limit the number of children of key workers onsite during the national lockdown, according to new Government guidance.

The Department for Education (DfE) said children with at least one parent or carer who was a critical worker could attend class – even if parents were working from home.

It came after concerns were raised about the risks of transmission of Covid-19 amid reports that more than half of pupils were onsite in some primary schools, despite the introduction of tighter restrictions.

School leaders were reporting a high demand for places after students in schools and colleges – except children of key workers and vulnerable pupils – were told to learn remotely until mid-February.

The Association of School and College Leaders (ASCL) – which called on the Government to provide guidance about the maximum safe number of children there should be in school at any one time – warned that the demand for places had created a “public health concern”.

But guidance from the DfE, released on Thursday afternoon, said: “We know that every school will have a different number of children of critical workers who need to attend.

“It is important that onsite provision is provided for these pupils, and there is no limit to numbers of these pupils who may attend and schools should not limit attendance of these groups.”

Geoff Barton, general secretary of the ASCL, said: “This seems completely illogical given the fact that the Government has taken the drastic action of a full national lockdown precisely in order to limit contacts.”

The guidance came after Norfolk County Council said it was working with education leaders in the region to develop a prioritisation criteria for school places after many families requested places.

The council said it was likely that in some schools this would mean both parents were expected to be key workers, with priority given to those whose parents worked in emergency life-saving services.

Although the new DfE guidance said there should be no limit on places for eligible pupils, it did add that parents or carers who were critical workers should “keep their children at home if they can”.

Vulnerable children could include “pupils who may have difficulty engaging with remote education at home” due to a lack of devices or a quiet space to study.

The new guidance added that schools were encouraged to work collaboratively with other schools, education providers and other local partners – including the local authority, social workers, police, youth services and key workers – to “maximise opportunities for face-to face provision for vulnerable children”.

Paul Whiteman, general secretary of school leaders’ union the NAHT, had heard of some schools with up to 70% of their families taking up onsite provision.

He said: “This could seriously undermine the impact of lockdown measures, and may even run the risk of extending school closures.”

On Monday night, Boris Johnson warned that schools may act as “vectors for transmission”, causing the virus to spread between households, when he announced the partial closures.

But the DfE guidance insisted any risks were “well-managed and controlled” for children and staff attending school during the lockdown due to a “system of protective measures”.

It said: “Limiting attendance does not suggest that schools and colleges have become significantly less safe for young people. Instead, limiting attendance is about supporting the reduction of the overall number of social contacts in our communities.”

The DfE has also updated its guidance on remote education after Education Secretary Gavin Williamson told MPs on Wednesday that parents could contact Ofsted if they were unhappy with the provision on offer.

It said the remote learning on offer “will include both recorded or live direct teaching time, and time for pupils to complete tasks and assignments independently”.

Mr Barton added that he was “dismayed” to see that the guidance had increased the expectation of the number of hours of remote education.

He said: “This has come out of the blue with no consultation or explanation and has been dumped on schools that have been working very hard to deliver the existing expectation at great speed following the Government’s sudden U-turn over school-opening on Monday night.

“It is a terrible way to treat public servants, and the latest sign of a government which has lost the plot.”