Ryanair to operate ‘few, if any, flights’ to and from UK and Ireland 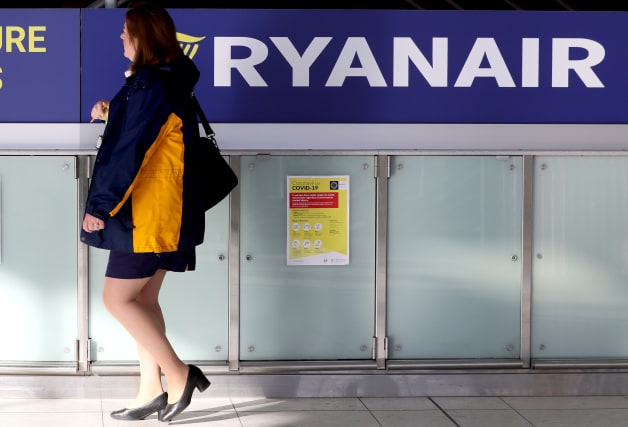 Ryanair will operate “few, if any, flights” to and from the UK and Ireland from January 21, after more restrictions were put in place in the countries.

The Irish airline said that new restrictions meant it would “significantly cut its flight schedules” from Thursday January 21.

It now expects to carry below 1.25 million passengers this month, and said traffic might drop to as low as 500,000 passengers in February and March.

“Ryanair will significantly cut its flight schedules from Thurs 21 Jan, which will result in few, if any, flights being operated to/from Ireland or the UK from the end of Jan until such time as these draconian travel restrictions are removed,” the company said in a statement.

It added: “All customers affected by these further flight cancellations and further travel restrictions will receive emails advising them of their entitlements of free moves and/or refunds later today.”

Ryanair criticised the Irish government for keeping open the border with Northern Ireland, while heavily restricting flights to other countries.

A spokesperson said: “Ireland’s Covid-19 travel restrictions are already the most stringent in Europe, and so these new flight restrictions are inexplicable and ineffective when Ireland continues to operate an open border between the Republic and the North of Ireland.

“Since Ireland’s third lockdown will not get rid of the Covid virus, there is an onus on the Irish government to accelerate the rollout of vaccines, and the fact that the Danish government, with a similar five million population, has already vaccinated 10 times more citizens than Ireland shows that emergency action is needed to speed Covid vaccinations in Ireland.”

Ryanair stands to lose many passengers from what it called “draconian” restrictions remaining in place.

On Thursday, it revealed to shareholders that it expects to carry between 26 million and 30 million passengers in the 12 months to March, which makes up the company’s financial year.

It is a downgrade from its previous estimates of fewer than 35 million passengers.

However, the company said it does not expect a material impact on its net loss for the year, because many of the cancelled flights would have been loss-making anyway.

Guitar played by rock star Prince could sell for £80,000