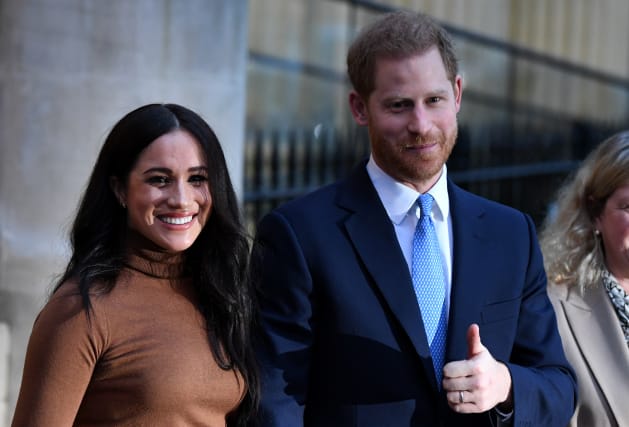 The Duke and Duchess of Sussex are in a “very good place” one year on from sparking a major royal crisis when they dropped their bombshell that they wanted to quit as senior royals.

Harry and Meghan released their shock statement on January 8 2020, saying they intended to step down and become financially independent, but still support the Queen – a dual role which in the end was unworkable.

Amid the first anniversary on Friday of the announcement, the Sussexes have settled into a new life in the US away from the monarchy, secured lucrative multimillion-pound deals with both Netflix and Spotify and established their Archewell foundation.

But the couple have also experienced heartache, with Meghan revealing in a newspaper article in November that she had suffered a miscarriage in the summer, writing: “I knew, as I clutched my firstborn child, that I was losing my second.”

A source said: “After a very turbulent 12 months for everyone in the world and massive changes of moving country and all the rest of it, they have also been very vocal about what they have gone through in their own personal life.

“They have a house. They have created the financial independence that they were after.

“And so I think that they are in a very good place.”

Harry and Meghan now live in an £11 million forever home in Montecito, California, with their 20-month-old son Archie Mountbatten-Windsor.

They have set out their goal to “build a better world” through their non-profit organisation, recently announcing partnerships with several tech and research-focused organisations.

Archewell is expected to focus on the issues the couple have been raising both during and before the pandemic – racial justice, gender equity, climate change, mental health, tackling online hate speech and empowering diverse voices.

The Sussexes also have several ongoing legal actions. Meghan is suing Associated Newspapers Ltd (ANL), publisher of the Mail on Sunday and MailOnline, over an article which reproduced parts of the handwritten letter sent to her father Thomas Markle in August 2018.

On January 8 last year, fresh from a six-week break in Canada and the day after their first royal engagement of the decade at the Canadian High Commission in London, Harry and Meghan declared they had chosen to “carve out a progressive new role” within the monarchy.

They said: “We intend to step back as ‘senior’ members of the Royal Family and work to become financially independent, while continuing to fully support Her Majesty The Queen.

“It is with your encouragement, particularly over the last few years, that we feel prepared to make this adjustment.”

But Harry and Meghan’s plan for a combined role of earning their own money and doing royal duties would have led to accusations they were profiting from the monarchy.

The Queen convened a summit at Sandringham with the Prince of Wales, the Duke of Cambridge and Harry, plus key royal advisers, to find a way to solve the crisis.

In the end, the couple were faced with a hard Megxit – and on March 31, less than two years after Meghan became a member of the royal family, they stepped down as working royals completely and stopped using their HRH styles.

One of the outcomes of the Sandringham summit was that there should be a 12-month review of the plans, following the transition period.

It was thought the intention was to leave a way back just in case Harry and Meghan wanted to return to the royal fold.

However, there is still the issue of what will happen to the duke’s honorary military titles.

Harry’s forces appointments – Captain General of the Royal Marines, Honorary Air Force Commandant of the Royal Air Force Base Honington, and Honorary Commodore-in-Chief of the Royal Naval Commands’ Small Ships and Diving – were put on hold for a year after Megxit, and he is not currently allowed to take on any roles using them.

It will be the Queen’s decision as to what happens to the titles, but there is not expected to be an announcement immediately following the March 31 anniversary.