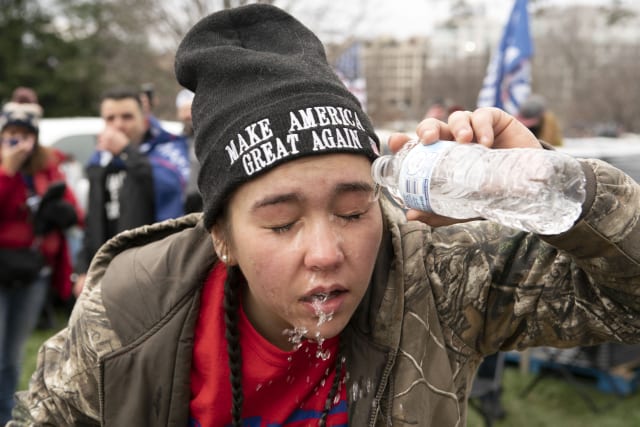 London’s top index extended a three-day winning streak on Thursday, after already registering its best start to the year so far this week, as global markets shrugged off unrest in the US capital.

It was an anaemic rise compared to earlier in the week, but means the index has still not closed down on a single day so far this year.

Markets seemed unperturbed by the actions of extremists who stormed the US Capitol building while senators and congressmen and women were confirming the results of November’s presidential election.

One woman was shot dead by police while three others died in medical emergencies, authorities confirmed.

But traders were not put off by the mob in the US, where the Dow Jones was trading up around 1%, and the S&P 500 had gained 1.5% around closing time in London.

The traders were likely more interested in the victories of two Democratic Senate candidates in Georgia, handing control of the Senate to the party.

“European equity markets are set to finish higher on the day as the bulls are in control. Worries about the pandemic and the lockdowns have waned for now and the high hopes for a pro-stimulus Biden administration in the US are helping too,” said CMC Markets analyst David Madden.

The FTSE’s small rise was driven in part by a surging Sainsbury’s, which revealed a strong Christmas period where sales rose more than 9%.

The boost was partly thanks to Covid-19 restrictions over the festive period, prompting people to buy smaller turkeys and more lamb and beef than usual. The news boosted its shares by nearly 7% by the end of the day.

In other companies news, All Bar One owner Mitchells & Butlers said it plans to raise money as it uses up £40 million in cash every month. Shares dropped 3%.

Centrica’s shares dropped more than 2% as engineers at its subsidiary British Gas walked out on a five-day strike.

Ryanair’s shares dipped 1.7% as it revealed that it would run “few, if any, flights” to and from both the UK and Ireland amid strict restrictions because of Covid-19.

Entain’s shares rose 0.5% after it agreed to buy Sweden’s Enlabs for £250 million and lifted an earnings forecast.

Joules said that its store sales dropped by 58%, even as online sales jumped, over the seven weeks to January 3. Shares dropped 5.5%.

How will we know when Covid-19 deaths have peaked?