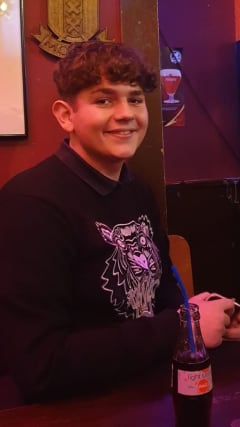 A farmer’s son has been found guilty of murdering a schoolboy after paying more than £2,000 to stop him revealing their sexual relationship.

Matthew Mason, 19, admitted bludgeoning 15-year-old Alex Rodda to death with a wrench in woods in Ashley, Cheshire, on December 12 2019.

But a trial at Chester Crown Court heard Mason argued he had experienced a loss of control after being blackmailed by the teenager, who he claimed had tried to attack him before his death.

On Thursday, after nine-and-a-half hours of deliberation, the jury of seven women and five men rejected his defence and found him guilty of murder by a majority of 10 to two.

Mason appeared to be crying in the dock as the verdict was returned.

Members of Alex’s family were also in tears, as was one of the jurors.

The trial, which began on December 7, heard Alex had contacted Mason’s then girlfriend, Caitlyn Lancashire, in November 2019 and told her he had been sending “flirty” messages and an explicit picture and video.

Mason denied the allegations to his girlfriend but began making payments to Alex’s bank account at around the same time.

By the time of Alex’s death, Mason had transferred more than £2,200 and was asking friends and family to borrow money, the court heard.

Giving evidence, Mason, who lived with his family on a farm near Knutsford, admitted having sex with Alex but said he thought it was “wrong”.

The agricultural engineering student, who was involved in the Young Farmer’s group, said he was straight but began questioning his sexuality following messages from Alex.

He told the court he did not believe his friends would accept him if he was gay or bisexual.

In the week before Alex’s death, Mason made internet searches for phrases including “what would happen if you kicked someone down the stairs”, “everyday poison” and “The mysteries of Cheshire unsolved deaths of missing people”.

But he told the court he had been searching the terms because he was suicidal.

On the evening of December 12 he said he had picked Alex up from his home in Tabley, Cheshire, and driven him to the remote spot where he told him he could not afford to give him any more money.

Mason said he had taken the wrench with him because he felt “intimidated” by Alex and intended to use it to “scare” him.

He claimed once they were in the woods Alex had threatened to ruin his life “financially or socially” and pushed him to the floor, grabbing the wrench and hitting Mason with it.

Mason said he managed to get the wrench from Alex and remembered hitting him with it twice, although later in his evidence he recalled details of further blows.

Evidence showed Alex had been struck at least 15 times in what was described by the prosecution as a “brutal” attack.

The court heard following the attack Mason left the scene and went to a friend’s farm to clean up and then to two pubs where he met friends.

He admitted leaving Alex while he was unconscious and throwing his phone out of the car window.

The court heard Mason, who returned to the scene later that night, was arrested the following day after Alex’s body was discovered by refuse collectors.

Mason, of Ash Lane, Ollerton, will be sentenced at a later date.