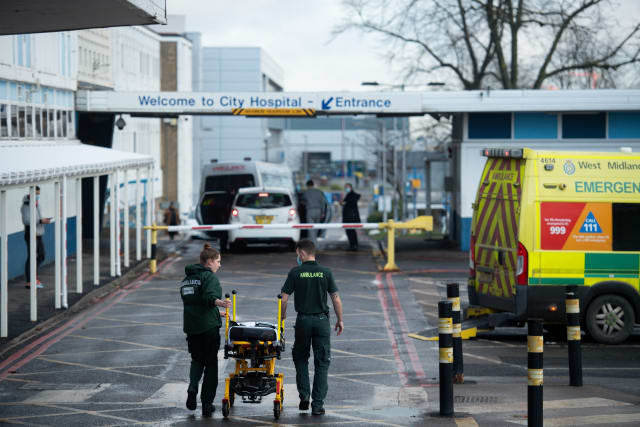 Lord Bethell told peers the reported deaths per day is around 1,000 and “set to increase” given the high rates of infections and hospital admissions.

He also criticised lockdown sceptics for giving the impression that they believe “some lives matter less than others”, as he defended the tougher restrictions for England.

Peers are expected to formally approve the third lockdown for England on Thursday after it was overwhelmingly backed by MPs.

The UK reported a further 1,041 people had died within 28 days of testing positive for Covid-19 as of Wednesday – the highest daily reported total since April 21.

Speaking during oral questions, Conservative former minister Lord Lilley asked why recent figures showed “almost no excess over the normal level of deaths in this country” – adding this “conflicts” with evidence from hospitals.

He added: “Can my noble friend reconcile the figures and the fact?”

Lord Bethell said chief medical officer Professor Chris Whitty has observed deaths from “other flus are down” partly because of social distancing linked to lockdowns.

Lord Bethell went on: “He has also pointed out the very sad but I’m afraid inevitable possibility that the large amount of infection that has grown up over the last few weeks will in time lead to further deaths.

“This is an uncomfortable piece of speculation but as sure as night follows day, I’m afraid infections and hospitalisations will lead to further deaths.

“We’re running at about nearly 1,000-a-day at the moment, and that number is set to increase.”

Lord Bethell also said he welcomed being challenged on any subject, but added: “Underlying many of the objections to lockdown does appear to be an assumption that some lives matter less than others.

“And whether you’re asthmatic, diabetic, infirm or just old, I think your life is worth just as much as everybody else’s and that’s why I’m extremely proud of the national effort to work together to protect those who are less advantaged and to protect our health service.”

Conservative former minister Lord Robathan earlier said Covid-19 cases have kept rising despite “ever more stringent restrictions” such as Tier 3 and Tier 4 and the “failed” circuit-breaker lockdown in Wales.

He said: “Please will my noble friend go back to the department and instigate a detailed examination of why these hugely damaging restrictions have not seen a reduction in infections, hospitalisations and deaths?”

Lord Bethell insisted “lockdowns do work” before adding: “Tier 3 was enough for the original variant, it isn’t for the new variant – the new variant is 70% more transmissible, that has hit our country hard and that is why we have to have this new horrible lockdown.”