Virginia Woolf’s literary confessions to be sold at auction 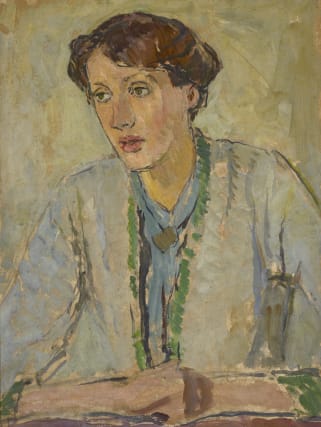 A book detailing the literary confessions of novelists Virginia Woolf and Margaret Kennedy is to be sold at auction.

Really and Truly: A Book of Literary Confessions contains pages of printed questions with 10 sets of handwritten answers, dated between 1923 and 1927.

Among the authors replying to the questions were Rose Macaulay, Rebecca West, Hilaire Belloc, Stella Benson, Woolf and Kennedy.

There are 39 questions, ranging from “who is the greatest genius who ever lived?” to who respondents thought were the best and worst novelists/poets/playwrights/essayists, both dead and living.

And there are some waspish ones too, such as questions over who was the most overrated English writer living, and a call to name a deceased writer whose character respondents most disliked.

The book was uncovered by Kennedy’s grandson William Mackesy while sorting through his late grandmother’s effects.

Woolf answered all 39 questions in her distinctive purple ink, while Kennedy’s was the last entry and was the only one unsealed.

Mr Mackesy said: “Why did the book end up with Kennedy? She left two spaces between the previous entry and hers.

“I guess she meant to garner a couple more contributions before keeping it with her effort as the conclusion, but in the end she forgot and sat on it.

“While the writers’ views are the main fascination, the collection is also a testament to different times.

“Almost all had views on the classical authors, Homer coming top for Greek, with Catullus edging out Lucretius for Latin.

“There is little consensus on anything, save that all think Shakespeare the greatest genius among writers who ever lived, except for Belloc, who voted for Homer, and Macaulay, who… didn’t know.

“It is the dislikes which, perhaps inevitably, deliver most fun. ASM Hutchinson, the successful romantic novelist, comes top of the dislikes table, with Thomas Carlyle and George Meredith just behind.

“It is interesting how perceptions change, especially how little mention there is of now-most-celebrated writers from that era.

“DH Lawrence and James Joyce are both nailed as the most overrated English living writers.”

The book is estimated to sell for between £4,000 and £6,000 when it goes under the hammer at Dominic Winter Auctioneers in South Cerney, Gloucestershire, on January 21.