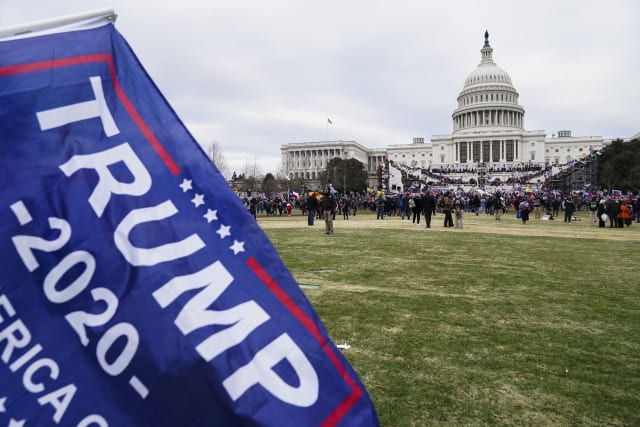 Twitter has removed two posts by Donald Trump – including a video – “due to a risk of violence”, while Facebook also deleted the clip.

Twitter had earlier removed the retweet, like and reply functions on the video, in which Mr Trump addressed his supporters who had clashed with police in Washington DC forcing a lockdown at the US Capitol building.

In the video, the president told protesters that they “have to go home now”, adding “we don’t want anybody hurt”, but he also claimed that “this was a fraudulent election”.

Twitter added a warning to the video, which read: “This claim of election fraud is disputed, and this tweet can’t be replied to, retweeted, or liked due to a risk of violence.” The social media platform later deleted the video and another post from the US leader.

The @TwitterSafety account also tweeted: “In regard to the ongoing situation in Washington, D.C., we are working proactively to protect the health of the public conversation occurring on the service and will take action on any content that violates the Twitter Rules.”

It continued: “In addition, we have been significantly restricting engagement with tweets labelled under our civic integrity policy due to the risk of violence.”

Mr Trump’s since-deleted video was viewed more than 10 million times in less than an hour on Twitter.

Facebook’s vice president of integrity Guy Rosen, meanwhile, tweeted that Mr Trump’s video had been removed entirely from their platform.

“This is an emergency situation and we are taking appropriate emergency measures, including removing President Trump’s video,” he tweeted.

“We removed it because on balance we believe it contributes to rather than diminishes the risk of ongoing violence.”