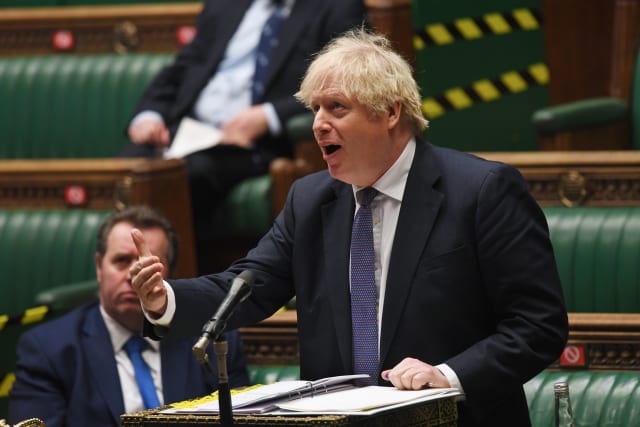 MPs have overwhelmingly backed the latest lockdown measures as the UK Covid death rate reached levels not seen since the spring peak.

With Labour supporting the lockdown, the vote in the recalled House of Commons passed comfortably by 524 votes to 16, giving the Government a majority of 508.

Boris Johnson, however, did face rebellion within his ranks, with Conservative MPs outlining their concerns before the vote.

Former minister Sir Desmond Swayne branded lockdowns a “complete failure” while Sir Robert Syms said the measures, which are in place until March 31, were “essentially a blank cheque for three months to Public Health England to do what they wish”.

The Prime Minister, addressing the Commons earlier on Wednesday, said the March deadline was “not because we expect the full national lockdown to continue until then but to allow a steady, controlled and evidence-led move down through the tiers on a regional basis”.

He added: “Our emergence from the lockdown cocoon will not be a big bang but a gradual unwrapping.”

His comments came as the Government said a further 1,041 people had died within 28 days of testing positive for Covid-19 as of Wednesday – the highest daily reported total since April 21.

The number of Covid-19 patients in hospital in England has, meanwhile, reached a record 27,727 as of 8am on January 6, according to the latest figures from NHS England. The figure is up 22% on a week ago.