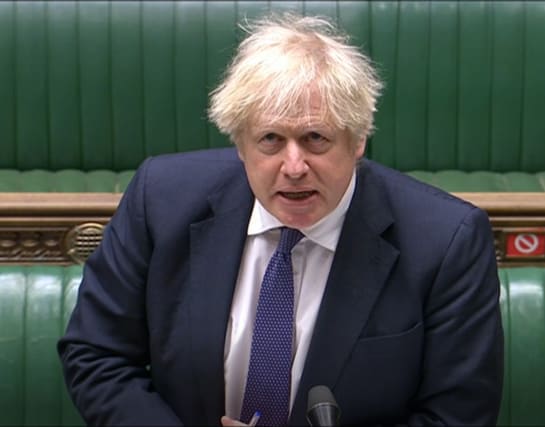 Boris Johnson has been asked to apologise after the UK Government was accused of “wilful misrepresentation” over coronavirus funding for Wales.

Following Mr Sunak’s Treasury announcement on Tuesday, Wales’s Labour-led government said the figure was already part of an existing funding guarantee and was “not new money”.

Welsh Secretary Simon Hart later admitted the figure was part of the £5.2bn already guaranteed to Wales since the beginning of the pandemic.

Ms Saville Roberts, the MP for Dwyfor Meirionnydd, asked Mr Johnson to apologise for the claim after his Covid-19 update in the House of Commons on Wednesday.

She said: “A Conservative party newsletter recently told party members to ‘say the first thing that comes into your head, even if it’s nonsense’.

“Yesterday it appears the Chancellor took on board this advice and unwrapped £227 million of already announced funding as new for Wales.

“This is, and I choose my words with extreme restraint, wilful misrepresentation which deliberately misinforms desperate businesses in Wales.

“Will the Prime Minister apologise on behalf of his Chancellor and recognise that for Welsh Covid measures to be most effective, there’s an urgent need to lift financial borrowing constraints imposed on Wales by Westminster?”

He told MPs: “I’m sure (Plaid Cymru leader Liz Saville Roberts), for whom I have a keen regard, would not wish to accuse the Chancellor of wilful misrepresentation.

“But all the cash that we’ve announced obviously is passported on. The important thing is the Labour government in Wales spends it sensibly.

“But the UK Government is here to support businesses, jobs, livelihoods across the whole of the UK.”

Ms Saville Roberts was rebuked by Speaker of the House Sir Lindsay Hoyle for her use of “wilful”,  adding: “I think we’ve got to think about the language which we use within the Chamber. These are times which are unprecedented but I really do think members ought to be careful on the language they use.”

Following the session, Ms Saville Roberts accused the UK Government of “playing childish political games instead of providing businesses with clarity about what support lies ahead.”

“It reflects the way the Westminster government has treated the pandemic throughout – as a political campaign not a public health emergency,” she said.

“Following a string of Westminster fiascos and failures, we now urgently need to provide our own government in Wales with the necessary borrowing powers to properly support our businesses with tailor-made financial support.”