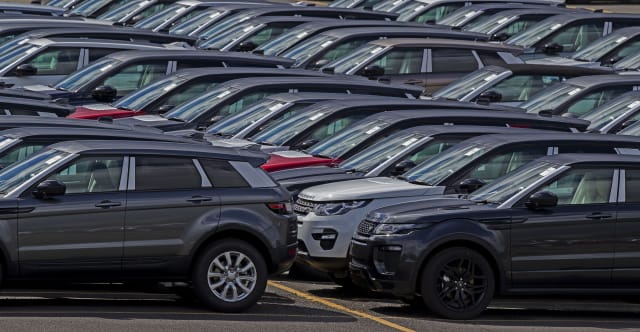 The number of new cars sold in the UK last year fell by almost a third amid the coronavirus crisis and uncertainty over Brexit, figures show.

New car registrations dropped to just over 1.6 million, according to the Society of Motor Manufacturers and Traders (SMMT), which warned of a “rocky” few months ahead.

The trade organisation said a 10.9% decline in December wrapped up a “turbulent” 12 months, which saw demand fall by 680,076 units to the lowest level of registrations since 1992.

The SMMT said that against a backdrop of Covid restrictions, an acceleration of the end of sale date for petrol and diesel cars to 2030, and Brexit uncertainty, the industry suffered a total turnover loss of more than £20 billion.

Private vehicle demand fell by more than a quarter, amounting to a £1.9 billion loss of VAT to the Exchequer, while sales of vehicles to company car fleets fell by almost a third.

The SMMT reported a “bumper” year for battery and plug-in hybrid electric cars, which accounted for more than one in 10 registrations, up from around one in 30 in 2019.

Most of these were company cars, indicating that private buyers need stronger incentives to make the switch, as well as more investment in charging infrastructure, especially public on-street charging, said the SMMT.

SMMT chief executive Mike Hawes estimated that £16 billion needed to be spent on plug-in infrastructure because so many motorists do not have a drive and have to park on streets.

More than 100 plug-in car models are available to UK buyers, and manufacturers are scheduled to launch at least 35 this year, more than the number of petrol or diesel models planned, said the SMMT.

Mr Hawes said 2020 “will be seen as a ‘lost year’ for automotive, with the sector under pandemic-enforced shutdown for much of the year and uncertainty over future trading conditions taking their toll”.

“However, with the rollout of vaccines and clarity over our new relationship with the EU, we must make 2021 a year of recovery.

“With manufacturers bringing record numbers of electrified vehicles to market over the coming months, we will work with Government to encourage drivers to make the switch, while promoting investment in our globally renowned manufacturing base – recharging the market, industry and economy.”

He said the last-minute Brexit trade deal was a “massive relief” to the automotive industry, avoiding a no-deal “disaster”, but he added that companies will still face more administration and red tape.

Mr Hawes added that the fresh lockdown across England and ongoing tough restrictions across the rest of the UK will further impact the automotive industry, warning that the coming months will be “rocky”.