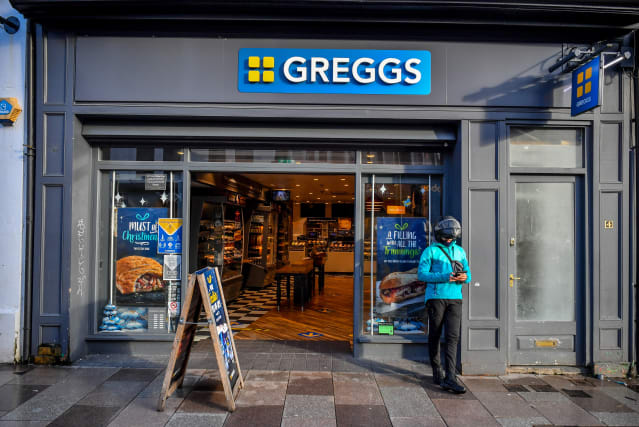 High street bakery chain Greggs has said it is set to slump to an annual loss and warned profits will not recover until at least 2022 as the pandemic hammers sales.

The Newcastle-based group – which recently axed more than 800 jobs amid the coronavirus crisis – said like-for-like sales fell by nearly a fifth over its fourth quarter to January 2, running at 81% of year-earlier levels.

The group said it is braced for annual pre-tax losses of up to £15 million, against profits of £108.3 million the previous year, though it said the hit was contained thanks to Government support.

It said Covid-19 restrictions, which have seen England placed in a nationwide lockdown for the third time, will keep profits under pressure for another year at least.

Greggs said: “The significant uncertainty over the duration of social restrictions, along with the impact of higher unemployment levels, makes it difficult to predict performance.

“However, we do not expect that profits will return to pre-Covid levels until 2022 at the earliest.”

It comes after Greggs cut 820 jobs at the end of 2020 as it faced sliding sales on battered high streets.

It has since sought to shore up trade by launching a delivery tie-up with Just Eat, which it said accounted for 5.5% of fourth quarter sales.

It said 600 of its shops now provide delivery services to catchments served by Just Eat and this is to expected to increase to around 800 shops in 2021.

The group also confirmed it still hopes to open around 100 new stores, on a net basis, over the year ahead.

Chief executive Roger Whiteside said: “With customers spending more time at home we have successfully developed our partnership with Just Eat to offer delivery services and have also seen strong sales through our longstanding partnership with Iceland, offering our products for home baking.

“We have resumed opening new shops where we see good opportunities, with those sites accessed by car performing particularly well.

“In light of the recent Government announcements, significant uncertainties remain in the near-term.”