Care home vaccine rollout ‘needs to be stepped up’ – PM 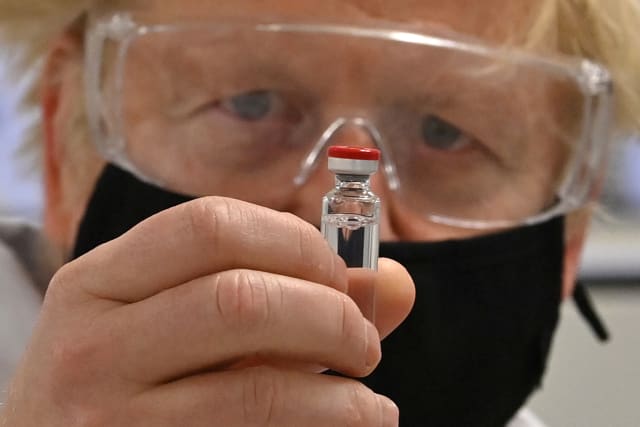 The Prime Minister has said the rollout of coronavirus vaccines to care homes “needs to be stepped up”, as he revealed one in 10 residents and 14% of staff have received a jab.

Boris Johnson told the House of Commons he wants the process to be accelerated across England.

Elderly residents and their carers are at the top of the Joint Committee on Vaccination and Immunisation’s priority list for receiving Covid-19 vaccines.

The Department of Health and Social Care (DHSC) has said it is aiming for all care home residents to have been offered vaccines by the end of January.

The Pfizer/BioNTech vaccine was first rolled out to care homes in mid-December, at first to seven homes as part of a pilot and then to homes with more than 50 registered beds.

It is expected that the approval of the Oxford/AstraZeneca vaccine on December 30 will speed up the process as it does not pose the same logistical challenges.

For example, it does not need to be stored in such cold conditions and can be split up into smaller packs.

She asked: “Will the Prime Minister intervene to make sure the frail, elderly and their carers in Barnet get the vaccinations they need as soon as possible?”

Mr Johnson replied: “I do want to see an accelerated rollout of vaccinations in care homes.

“So far, I believe that 10% of care home residents and 14% of care home staff have received the vaccine – but that clearly needs to be stepped up.”

Pfizer vaccine appears to be effective against UK coronavirus variant