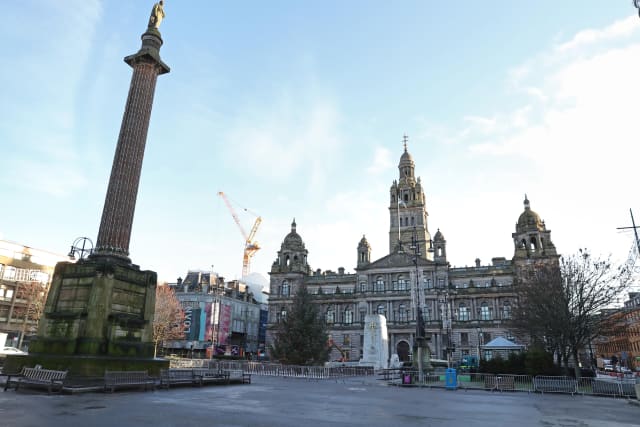 Nicola Sturgeon has urged people without a “genuine essential purpose” for leaving their homes to stay put as mainland Scotland returned to lockdown until at least the end of January.

The latest restrictions came into effect from midnight in all Level 4 areas of the Scottish Government’s five-tier system in a bid to combat further spread of the new, more infectious coronavirus strain.

A legally-enforceable stay-at-home order applies across mainland Scotland and Skye, with people only permitted to leave their home for an “essential purpose”, such as essential shopping, exercise, caring for someone or being part of an extended household.

Anyone able to work from home must do so. However, those shielding to protect themselves from Covid-19 should not go into work – even if they cannot work from home.

Speaking at the Scottish Government’s coronavirus briefing on Tuesday, Ms Sturgeon: “Staying at home whenever possible is the best way of protecting ourselves, protecting each other, protecting the NHS and ultimately saving lives.”

She added: “Fundamentally, I’m asking everybody to really try hard to stay at home as much as possible, and only leave home if it is for a genuinely essential purpose.”

The First Minister said Scotland recorded 2,529 new coronavirus cases in the past 24 hours, up from 1,905 on Monday, while the daily test positivity rate fell 0.2% in the same period to 14.8%.

Around half of the new cases are thought to be the new variant, a proportion which Ms Sturgeon said is “rising”.

The number of hospital patients confirmed to have coronavirus has also risen steeply to 1,347, up 255 in a week.

Of these patients, 93 are in intensive care, an increase of 28 in the same period.

Ms Sturgeon said 11 deaths of coronavirus patients who first tested positive for the virus within the previous 28 days were recorded in the past 24 hours, taking this toll to 4,633.

Speaking to the BBC’s Good Morning Scotland radio programme earlier on Tuesday, the First Minister said it may be possible to lift the latest restrictions if the vaccination programme manages to push ahead of the virus in the “race” over the coming months.

She said: “Lockdown is about trying to slow down the virus and push rates of it back down.

“Now, if we manage to do that, then hopefully we will be able to start lifting some of these restrictions while the vaccination programme is ongoing, even in that first phase of it.

“But I can’t be certain about that yet, because it’s dependent on us managing to get the levels of infection down.”

The First Minister also appeared on BBC Breakfast, where she said she appreciated how difficult the restrictions are.

Ms Sturgeon said: “Generally I think we’re all struggling with this, I had a situation myself before Christmas, at a funeral, a momentary lapse of concentration which meant I was speaking to somebody without my face covering on.

“I understand that it’s really, really difficult, but this is a moment when it’s more important than at any time since March last year for us all to stick rigidly to all of these restrictions, because not only is the virus still out there, it’s out there and spreading faster.”

Schools will be closed to most pupils until February 1 at the earliest, meaning an additional two weeks of home learning for youngsters, in a move welcomed by teaching unions on Monday.

However, children aged 11 and under are not included in this limit and can still “play outdoors in larger groups, including in organised gatherings”.

From Friday, places of worship must close but can open to broadcast a service or conduct a funeral, wedding or civil partnership.

Police Scotland Chief Constable Iain Livingstone also confirmed there will be “increased patrols” in Scotland’s communities, and said and officers will continue to act against anyone making “wilful breaches” of the law.