Schools to teach via remote learning ‘until February’ 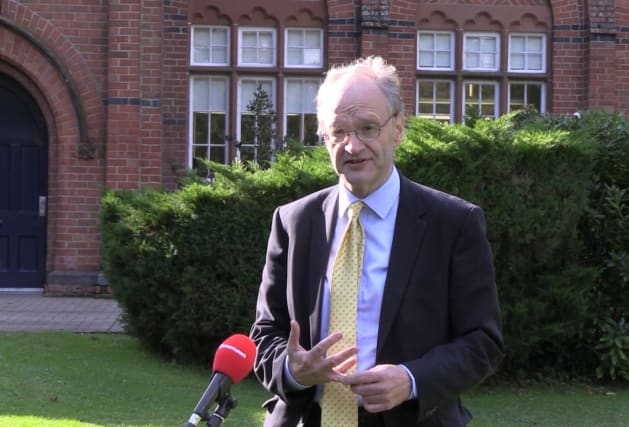 Schools in Northern Ireland will be required to provide remote learning to pupils until the half-term break in mid-February, the education minister said.

Vulnerable children and children of key workers will have access to schools for supervised learning.

Direct payments will be made to families whose children are entitled to free school meals while they are off.

Childcare settings will remain open and childminders are allowed to continue their provision.

Peter Weir said: “Any disruption to schooling for a significant period of time will have a devastating impact on children’s educational opportunities and future prospects, as well as being damaging to their mental health and wellbeing.

“No matter how well managed or provided, removal of face to face learning and its replacement with remote learning impacts on children’s educational experience, with a disproportionate impact on disadvantaged groups and vulnerable children.

“It should, therefore, be only contemplated as a last resort in extreme public health circumstances such as we are currently facing, and should be maintained for a period no longer than is necessary.”

Meanwhile, a company which sets post-primary transfer tests has been criticised by the Deputy First Minister for announcing a new test date.

The Association for Quality Education (AQE) earlier announced the three tests scheduled to take place in January would be cancelled amid a fresh lockdown in Northern Ireland.

Michelle O’Neill reacted by tweeting “Shame on AQE” and urged the Education Minister to “act now”.

The tests are set by two private companies, AQE and the Post Primary Transfer Consortium (PPTC), the latter which earlier announced it “will not provide an entrance assessment for 2020-21”.

AQE said transfer tests planned for January 16 and January 23 would not take place.

Later it issued a fresh statement announcing a single test would be held on February 27.

Mr Weir said his overriding aim concerning public exams is ensure that our students are not disadvantaged in terms of their qualifications compared with other jurisdictions.

He added: “Work is ongoing on this issue as a matter of urgency and I intend to provide further clarity in the next couple of days.

“Until and unless any announcement is made, students should expect to continue to sit scheduled examinations.”

Earlier, parents of P7 children who had been due to sit tests gave mixed reactions.

Dominic Bryan, from north Belfast, whose daughter had been preparing to sit both sets of tests, said it had been a day of mixed emotions for their family.

“It was not a easy choice for my wife and I to make, but we wanted give our daughter the most chances,” he told the PA news agency.

“We’re disappointed that we got this far without a decision being made but also somewhat relieved because my wife and I were struggling with the idea of our daughter going into those tests.”