People will spend 19 million hours this year on tax returns, Which? calculates 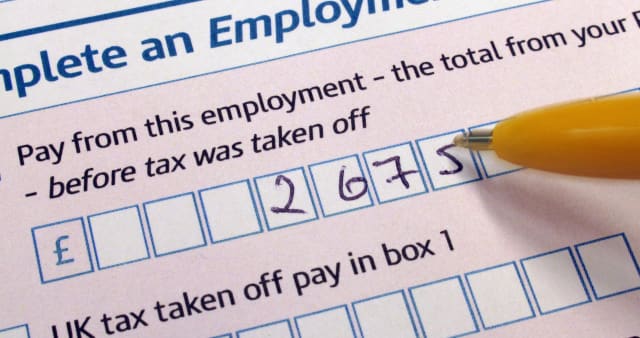 Taxpayers will collectively rack up 19 million hours filling in their returns this year, according to estimates from Which?

With the self-assessment online tax return deadline approaching on January 31, a survey from the consumer group found that the average time it takes people to complete a return is two-and-a-half hours.

Which? calculated the 19 million hours figure based on the average length of time people said it took and the estimated number of people in the UK who fill out their own tax return, rather than getting a third party to do it.

Its survey of 4,000 people found a fifth (20%) of people managed to complete their return in less than one hour, but just under one in 10 (9%) took more than five hours.

Which? also found gaps in some people’s tax knowledge.

For example, while a third of people correctly identified that they do not have to pay capital gains tax when selling their main home, around a third got the answer wrong and the remaining third did not know.

Nearly half (48%) thought they did not have to file a tax return if their employer automatically deducts tax from their wages through the pay-as-you-earn (PAYE) system.

Employees in these circumstances do not usually need to send a return if their only income is from their wages – but they may potentially need to fill one in if they have other untaxed income, from renting out a property, for example.

Or if someone’s income or that of their partner is over £50,000 and they receive child benefit, they may need to send a return and pay the High Income Child Benefit Charge.

Which? has a “jargon-free” online tax calculator at www.which.co.uk/money/tax-calculator and its system allows for returns to be submitted directly to HM Revenue and Customs (HMRC). Fees of £10 for Which? members and £46 for non-members apply.

According to HMRC, more than 2,700 customers filed their self-assessment tax return on Christmas Day.

HMRC has also warned taxpayers to watch out for scams and copycat websites.

It said customers should make sure they type in the full online address – www.gov.uk/hmrc – to get the correct link for their self-assessment tax return online securely and free of charge.

They also need to be alert if someone calls, emails or texts claiming to be from HMRC, saying that they can claim financial help, are due a tax refund or owe tax, as it could be a scam.

Jenny Ross, Which? money editor, said: “As many tackle their tax returns in the coming days, a clear understanding of the tax system will be invaluable and help thousands avoid mistakes, which could prove costly.”

HMRC said around 5.4 million self-assessment customers have less than a month to complete their tax return.

The revenue body expects 12.1 million tax returns to be filed this year and said around 55% have already filed their returns.

Karl Khan, HMRC’s interim director general for customer services, said: “In what was a very difficult year for many, we are grateful to the 55% of our customers who have already submitted their returns.

“HMRC is ready to offer support to those who are yet to file their returns or are worried about paying their tax bill, but they must act now so we can help before the deadline.”

Once customers have completed their tax return, and know how much tax is owed, they can set up their own payment plan to help spread the cost of their tax liabilities, up to the value of £30,000.

They can use a facility to set up monthly direct debits. Interest will be applied to any outstanding balance from February 1 2021, HMRC added.