Next sees better-than-expected festive sales, but cautions over lockdown hit 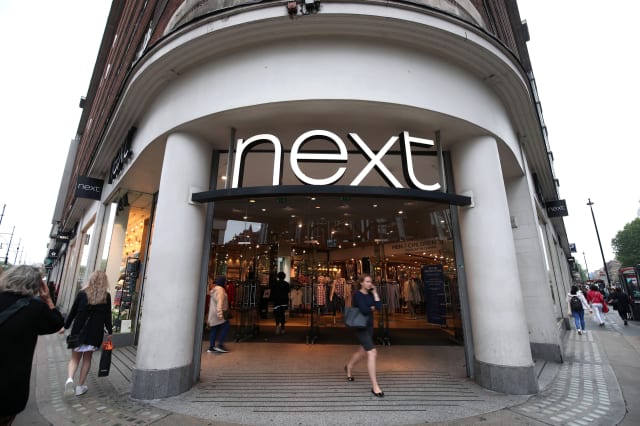 Retailer Next has said festive sales were better than expected, but warned the trading boost will be “almost entirely” wiped out by the third English lockdown.

The fashion and homewares chain said it now expects pro-rata 52-week annual profits of £370 million for the year to the end of January, against £365 million previously pencilled in.

Profits on a 53-week basis will be hit further by a £40 million property provision and are expected at £342 million.

The group said full-price sales over the nine weeks to December 26 fell 1.1%, which was better than the 8% drop it had been braced for and came despite tighter restrictions.

Profits were on track to hit £393 million before the latest lockdown announced on Monday, with lost sales in January set to cost it £18 million.

The group warned that total full-price sales are set to tumble by 14% in January, which will leave full-year sales 16% lower.

It has also taken a £5 million hit from higher costs of switching its end-of-season sale online.

The group said: “Profit gained from the overperformance in November and December has been almost entirely offset by the anticipated loss of full price retail sales in January due to the lockdown closure of 90% of our stores (and) the additional costs we have incurred clearing more of our retail end-of-season sale stock online.”

Next also cautioned that it was seeing stock delays of up to three weeks due to pandemic disruption on shipments from the Far East, which has left stock levels 10% lower than two years ago.

It expects stock issues to “steadily improve” and return to more normal levels by the end of March.

Next is forecasting profits of £670 million for 2021-22, with sales remaining flat on the pre-pandemic year thanks to an expected recovery in the final six months of the year.