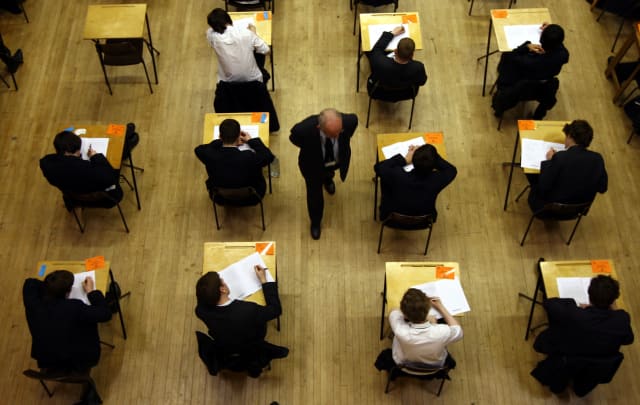 Ministers are facing growing calls to cancel vocational exams due to take place this week in schools and colleges across England amid concerns over students’ safety and fairness.

The Government has said students taking exams “should attend as scheduled” this month – and awarding body Pearson has said Btecs will go ahead despite the closure of schools and colleges.

But organisations representing college leaders and students have called on the Government to cancel the January exam series which begins this week, adding that it seems “impossible” they can go ahead.

Boris Johnson said pushing ahead with all exams this summer “as normal” would not be possible, and he added that the Education Secretary will work with Ofqual to put in place “alternative arrangements”.

But despite this change in policy towards summer exams, the Department for Education (DfE) has said vocational exams in England – which include Btec exams – will continue as planned this month.

The Association of Colleges (AoC) and the National Union of Students (NUS) are both calling for the exams to be scrapped as they say it is unsafe to make students go into schools and colleges to do tests.

Meanwhile, the leader of the Association of School and College Leaders (ASCL) has said it feels “pretty impossible” to run the exams as it will “increase the unfairness” on students who cannot attend.

In a letter to the skills minister Gillian Keegan, David Hughes, chief executive of the AoC, said it was “simply untenable” to ask college staff and students to ignore the stay at home message in order to sit exams.

He said: “It is patently not safe for them and their families, even with the best mitigations a college can put in place. To go ahead with this exam series now would also be unfair on students.

“The stress of the pandemic will undoubtedly affect their performance, probably has affected their preparation, and could lead to results which are potentially very unfair.”

Mr Hughes said that many colleges and schools will struggle to find people willing to invigilate and manage the exams, as many rely on volunteer invigilators who are often retired and vulnerable.”

Cabinet Minister Michael Gove has suggested that end-of-year exams for students in the summer could be abolished in favour of alternative styles of assessment following the new lockdown.

With the Government acknowledging that exams will not be able to go ahead as planned in the summer, Education Secretary Gavin Williamson will address the  Commons on Wednesday to update MPs on how pupils will be assessed.

Geoff Barton, general secretary of ASCL, told BBC Breakfast that there may be a lot of young people who are assuming they should not go to college to sit their vocational exam this month amid the lockdown.

He said: “It feels to me pretty impossible that you could be running those exams this week even though we would have wanted them to run, because you are just going to increase the unfairness of some young people being there, some not being there.”

Mr Barton added that they could have helped get the message out to students and colleges that Btecs exams will run and invigilators were needed if the Government had informed them of the decision earlier on.

“Furthermore, it is clearly unsafe, unfair and unworkable to make students take exams this month and alternative arrangements should be put in place as soon as possible.”

Pearson, which runs the Btec exams, said on Tuesday morning that the DfE had said that vocational exams will go ahead in January as planned.

A statement from Pearson on Twitter said: “We are working with them urgently to understand the implications of this and will share any updates as soon as we have them.”