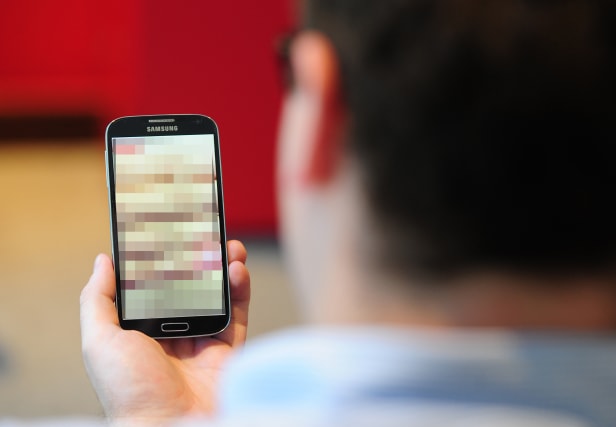 Conservative peers were joined by other politicians in calling for further changes given the sharing of intimate images of another person without their consent is a crime, but the threat to share such pictures is not in England and Wales.

They plan to table an amendment to the Domestic Abuse Bill at a later stage, with momentum in the Lords growing in support of the proposal.

Peers also offered their support to Conservative Baroness Newlove’s proposal to amend the Bill to tackle non-fatal strangulation or suffocation.

The former victims’ commissioner wants to make non-fatal strangulation a criminal offence and argued such a change will “turn the tide” on the “shockingly high” number of victims.

The Bill, as introduced by the Government, seeks to give better protection to those fleeing violence by placing a new legal duty on councils to provide secure homes for them and their children.

It also introduces the first legal Government definition of domestic abuse, including economic abuse and controlling and manipulative non-physical behaviour.

Changes to the legislation made by MPs include recognition for children as victims of domestic abuse and an end to the so-called “rough sex defence”.

Speaking during the Bill’s second reading in the Lords, Conservative former culture secretary Baroness Morgan of Cotes added her support to calls to make it an offence in England and Wales to threaten to share intimate images.

She told the Lords: “The actual sharing of intimate images was criminalised in the Criminal Justice and Courts Act 2015.

Lady Morgan added: “The harm caused by the threat of sharing intimate images is happening now, it’s devastating for victims’ mental health, wellbeing and can lead to both a fear of physical violence and, as Refuge research has shown, where technology is involved physical abuse is often very much present too.”

Liberal Democrat Baroness Burt of Solihull said: “Another new offence must be the threat to use intimate images as a (form) of control by shaming the victim into compliance.

“Using images is illegal but the threat to use them as a means of abuse and control is not.”

Conservative Baroness Sanderson of Welton acknowledged the Law Commission is conducting a review on the issue, but said the threat of sharing intimate images is a form of coercive control.

She said: “It cannot be right that when a victim reports this to the police, they’re often told to come back when the photo or video is shared as only then it is a criminal offence.

Conservative Lord Farmer also said: “The threat to disclose private sexual photographs or films, a particularly pernicious form of control within intimate relationships, should be criminalised through this Bill.”

Lady Newlove told the debate it would be an “unforgivable missed opportunity” if the Bill was not amended at committee stage to tackle non-fatal strangulation or suffocation.

She said this did not currently get picked up adequately by the police. As attacks of this kind left little or no marks, they were seen as less serious than other violence.

“This is a terrifying crime,” Lady Newlove said. “Many victims testify that they genuinely felt as if their head was about to explode and they were about to die during such a violent assault.”

The Tory peer said victims of non-fatal strangulation were seven times more likely than other domestic abuse victims to go on to be killed.

Opening the debate, Home Office minister Baroness Williams of Trafford said 2.3 million people a year were victims of abuse – which made their lives “insufferable”.

She said the Covid pandemic had exacerbated the problem, leaving victims “trapped” in their homes with their abusers.

The Bill aimed to promote awareness of domestic abuse, better support and protect victims, transform the response of the justice system and improve the performance of national agencies in dealing with it, the minister said.

Labour said migrant women need specific protections in the Bill, with shadow home affairs spokesman Lord Rosser saying: “There should be recourse to public funds for these victims, safe reporting by ensuring that the data of a victim who reports abuse cannot be shared to be used for immigration control purposes and there should also be leave to remain.”