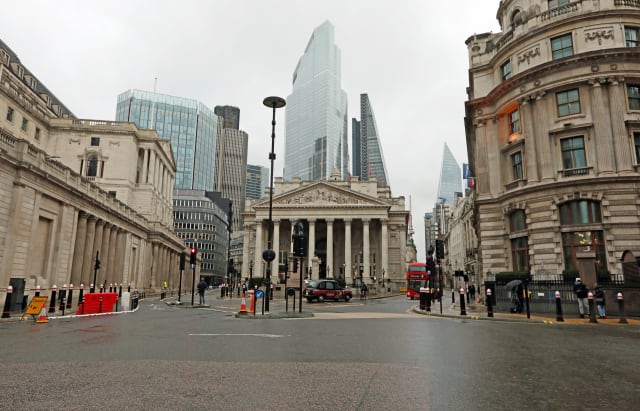 The London markets made small gains after early positivity dampened despite the Chancellor announcing a multibillion-pound support package for high street firms.

Connor Campbell, financial analyst at Spreadex, said: “The FTSE found itself in a curious position. The early gains it managed dissipated as the session went on.

“A question mark hangs over the impact of Rishi Sunak’s £4.6 billion relief package for the UK’s retail and hospitality sectors.

“That the FTSE is worse off than it was early doors would point to a sense of disappointment in the measures, if not enough to actively tip the UK index into the red.”

Elsewhere in Europe, the other major markets closed lower as concerns over rising case numbers plagued sentiment during session.

In the US, the Dow Jones opened marginally higher as traders await the outcome of the dual Senate race in Georgia, which will determine whether the upper house will be controlled by the Republicans or Democrats.

Meanwhile, the £4.6 billion financial support announcement helped sterling to rebound with modest gains after a substantial slump in Monday’s session.

In company news, Next jumped to the top of the FTSE after the fashion retailer said festive sales were better than expected.

However, it said that while full-price sales fell by a far better-than-feared 1.1% over the nine weeks to December 26, the trading boost will be “almost entirely” wiped out by the third English lockdown.

Elsewhere, Morrisons saw shares nudge lower despite the supermarket chain saying that sales soared 9.3% in the past three weeks, which included the key Christmas trading period, compared with the same time a year ago.

Shares fell by 1.25p to 179.85p after it expects to an extra spend £10 million in Covid-related costs and has seen a fall in takings due to cafe closures and fuel as fewer journeys are made.

Mining and commodities firm Ferrexpo hit a 33-month high after it declared a special dividend of 13.2 cents. Shares closed up 16p at 312.2p.

What treatments are there for coronavirus?