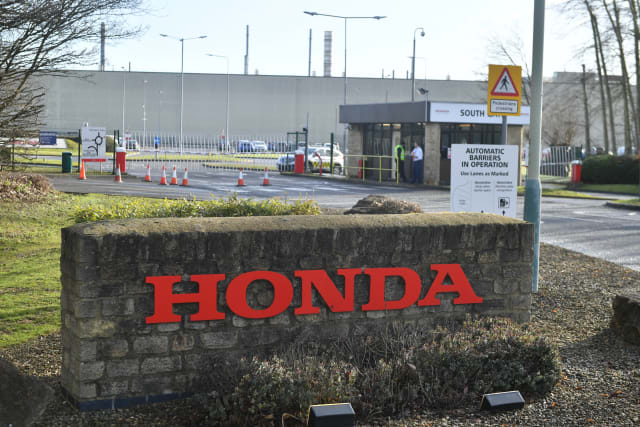 Honda has temporarily paused some production at its Swindon plant.

The car manufacturer said the temporary shutdowns – expected to last through Tuesday and Wednesday – were as a result of “global supply issues delays”.

The company said in a statement on Tuesday afternoon: “Honda has confirmed to employees that some production activities will not run Tuesday 5 and Wednesday 6 January due to global supply issues delays.

“The situation is currently being monitored with a view to restart production on Thursday 7 January.”

It is the second stoppage in as many months, after “transport related parts delays” triggered a pause in December.

The Swindon site is where the current Civic and Civic Type R models are produced.