Decision to keep nurseries open may have been political – expert 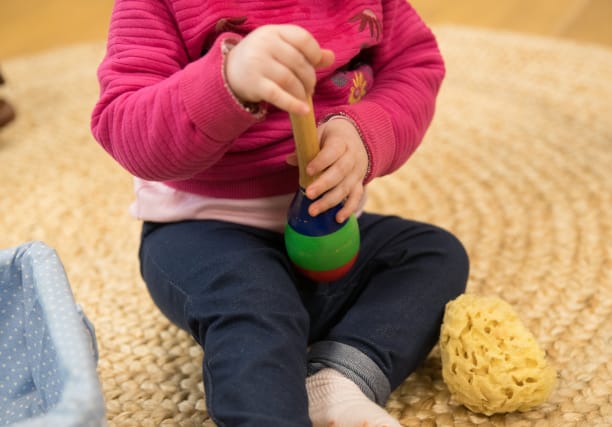 The decision to keep nurseries open and close schools and universities may be a political one rather than a scientific one, an expert has suggested.

The comments come as nursery leaders say there is fear and confusion over how safe the settings are, and call on the Government for reassurance on the evidence behind the decision to keep nurseries open.

Sage member Professor Calum Semple said that under the current circumstances, every opportunity to remove social mixing and work mixing of human beings is “vitally important”.

The virologist told BBC Breakfast: “So if a political decision has been made here to keep nurseries open in order to keep the essential staff at work, then that could be tempered by restricting the nursery capacity to those essential workers.

“But if we’ve got to the point of closing the universities, secondary schools and primary schools on the grounds of public health, then I would be looking to close all other non-essential activities.

“And it may be that a political decision has been made here that nurseries are essential. But it’s not a scientific one.”

She added: “Throughout this pandemic nurseries have been operating as safely as possible to ensure children have access to early education and parents are able to work.

“Nurseries want to keep open so they can continue to support children and give them a safe and nurturing place during this lockdown.

“However, the Government are asking a lot of childcare providers and their staff and have to recognise this.

“There is a lot of fear and confusion about how safe nurseries are.

“Parents and staff need reassurance from the Government about the evidence behind the decision to keep nurseries open to all.”

Ms Tanuku said that for months the NDNA had been calling for better access to testing for early years staff and “with schools now closed, these settings have to be a priority”.

She continued: “We all know it’s impossible to distance from toddlers and babies who need close care and contact.

“Therefore early years staff must also be a priority for the vaccine to enable them to continue on the frontline providing support for families.”

Neil Leitch, chief executive of the Early Years Alliance, said that before the announcement many early years practitioners were already worried about continuing to work.

He added: “It is unacceptable that yet another government announcement has been made without reference to any scientific evidence explaining how those working in the early years are expected to be able to keep themselves and their loved ones safe at a time when those in schools are being told that it is simply too dangerous to go to work.”

The national lockdown in England announced on Monday means that all primary and secondary schools and colleges will move to remote learning, except for the children of keyworkers or vulnerable children.

However, early years settings such as nurseries and childminders can remain open, and existing childcare bubbles will be allowed to stay in place.

University students will not be allowed to return to campus and will be expected to study from their current residence.