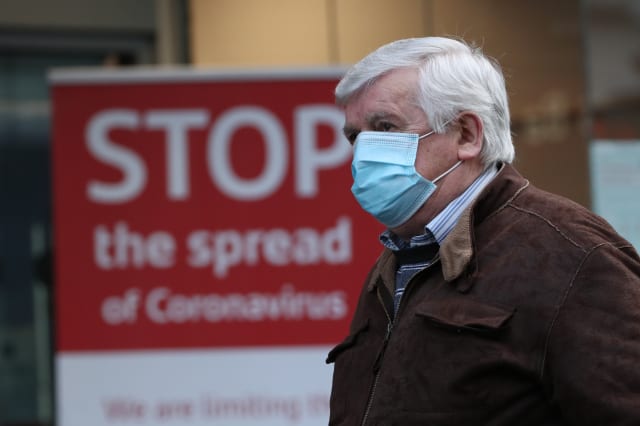 Business groups have welcomed new Government grants for retail, hospitality and leisure firms but warned the move is “not enough” without further support measures.

Chancellor Rishi Sunak announced the package, which will allow around 600,000 businesses to access a one-off grant of up to £9,000, in a move which is expected to cost about £4.6 billion.

He also announced a further £594 million for local authorities and devolved administrations to support businesses not eligible for the grants, as new lockdown measures announced on Monday take hold.

However, he stopped short of extending the business rates holiday and cuts to VAT – two of the key demands from industry pressure groups.

Kate Nicholls, chief executive of trade group UKHospitality, warned the new measures are “only a sticking plaster” for immediate issues, and called on the Chancellor to announce a longer-term economic plan.

“This is obviously a very positive step to keep businesses afloat in the immediate term and, for that reason, must be welcomed,” Ms Nicholls said.

“However, while this announcement is most welcome, make no mistake that this is only a sticking plaster for immediate ills – it is not enough to even cover the costs of many businesses and certainly will not underpin longer-term business viability for our sector.

“To address the inevitable and existential challenges that hospitality faces, we need confirmation of extensions to the business rates holiday and of the 5% VAT rate.

“On its own, today’s support is not enough.”

Mayor of London Sadiq Khan welcomed the additional measures but called for more support, including an extension of the furlough scheme until the vaccine is rolled out widely and restrictions are lifted.

“It should have come sooner and it won’t replace the revenue lost over the vital Christmas period, but it should help many struggling retail, hospitality and leisure businesses stay afloat until spring,” he said.

“Clearly more help is needed – including an extension to the business rates holiday and the VAT relief scheme, targeted support for night-time economy businesses which have been forced to stay shut since March, and more support for those who are self-isolating.”

Adam Marshall, director general of the British Chambers of Commerce, said: ”While this immediate cash flow support for business is welcome, it is not going to be enough to save many firms.

“We need to see a clear support package for the whole of 2021, not just another incremental intervention.”

Richard Burge, chief executive of the London Chamber of Commerce and Industry, said: “These grants will be welcomed by businesses who have been forced to close, and particularly those in London with a rateable value above £51,000 – who have previously not been able to access such grant support.

“But the Government need to demonstrate they understand that this remains a marathon, it’s not yet the final sprint.

“As such, we need to see the Chancellor is looking beyond spring.

“Extension of the VAT and business rate relief periods would show Government understand that our economy will not fully recover until vaccination rollout is complete and London’s tourism and global economy recovered – which will be beyond spring realistically.”