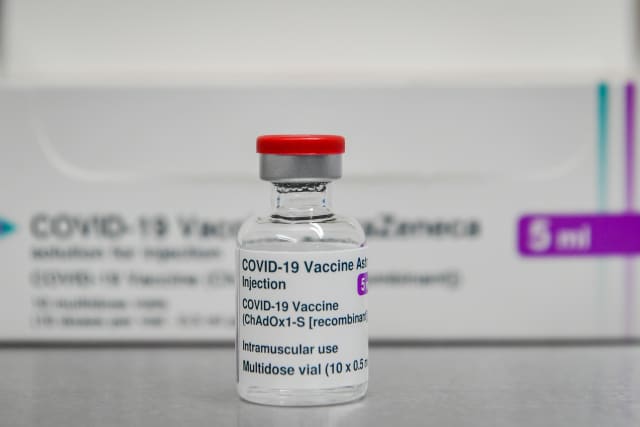 Wales has begun its rollout of the second coronavirus vaccine with the first of an initial 22,000 doses administered on Monday.

The addition of the new Oxford/AstraZeneca jab, which does not need to be stored at extremely low temperatures, means more than 60 GP surgeries will be able to provide it over the next few weeks while mobile units will be set up throughout the country.

Pontcae Medical Centre in Merthyr Tydfil was one of the first GP practices in Wales to administer the vaccine on Monday afternoon to eight patients from Cwm Taf Morgannwg health board area.

The first to receive the jab at the small practice was Ralph Evans, 88, who gave a thumbs up as he was injected.

Husband and wife Tom Hier, 92, and Pat Hier, 88, were the first couple to receive the vaccine at the practice, and said they were “relieved” to have been called at 11am to be told they were among the first in line.

Mrs Hier told the PA news agency: “It was exactly like having the flu vaccine. It’s a step forward. It’s not going to provide you with 100% immunity but at least you’ve got some immunity.

“It gives you something to look forward to, and hopefully things will improve.”

She said current restrictions made her miss “the very, very simple things”, adding: “It’s only as you get old you appreciate how incapable you become and how dependent you are on other people’s goodwill.”

She said the couple were hoping that as more of the population become vaccinated they would be reunited with their six great-grandchildren aged between two and 10.

Mrs Hier said: “It’ll be nice to see my great grandchildren. You see pictures of them but they keep on growing up and you’ve missed quite a bit of it.”

Lesley Lewis, the vaccination lead for the health board, said having the vaccine at GP surgeries was a “game changer”.

She said by the end of the week 5,600 people will have had their first dose including care home staff and residents in the health board area.

Ms Lewis also said extending the time between the first and second dose of the vaccine from four to 12 weeks would enable more people to be given the jab.

She told PA: “If you’re looking at it from a population health perspective, getting as many people vaccinated as soon as possible with some protection is important.

“This vaccine will protect more people and will certainly stop the mortality rate that we currently have and patients who are extremely ill on admission to hospital.”

Earlier on Monday, health minister Vaughan Gething said healthcare workers across Wales are being trained to administer the vaccine, with plans to work with “local pharmacists, dentists and optometrists” to provide vaccination clinics.

Guitar played by rock star Prince could sell for £80,000