Johnson: Pushing ahead with summer exams ‘as normal’ would not be fair 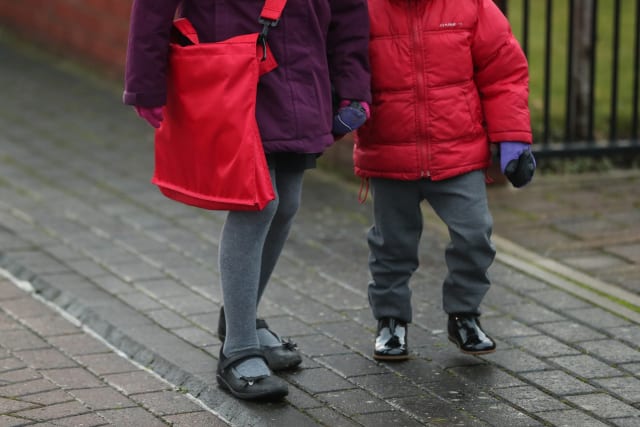 Pushing ahead with all exams this summer “as normal” would not be fair or possible, Boris Johnson has said.

The Prime Minister has announced that all pupils across England – except children of key workers and vulnerable pupils – will move to remote education from Tuesday until the February half-term.

In a televised address to the nation on Monday evening, Mr Johnson said Education Secretary Gavin Williamson will work with exams regulator Ofqual to put in place “alternative arrangements”.

Announcing the change, the PM said: “We recognise that this will mean it is not possible or fair for all exams to go ahead this summer as normal.”

But he said early years settings, such as nurseries, will still be accessible to families under the national lockdown in England.

The PM added: “We will provide extra support to ensure that pupils entitled to free school meals will continue to receive them while schools are closed, and we will distribute more devices to support remote education.”

University lessons will remain online until mid-February for all except future critical worker courses.

The decision to close schools came after education unions warned that bringing all pupils back to class could fuel the pandemic and put teachers at “serious risk” of falling ill amid the new variant of Covid-19.

The Government’s “chaotic” handling of the opening of schools has caused confusion for parents and teachers, according to unions representing school staff and headteachers.

All of London’s schools and those in some surrounding areas worst hit by Covid-19 had not yet returned to class, but primary school pupils elsewhere in England began heading back to school on Monday.

Secondary schools and colleges had already been told they would have a staggered return, with those taking exams expecting to return on January 11 and other year groups on January 18.

But now all students in England – except children of key workers and vulnerable pupils – will learn from home until the February half-term.

Mr Johnson said he recognised the “inconvenience and distress” that the late change would cause millions of parents and pupils up and down the country.

Speaking on Monday, he said: “Parents whose children were in school today may reasonably ask why we did not take this decision sooner.

“The answer is simply that we have been doing everything in our power to keep schools open, because we know how important each day in education is to children’s life chances.”

Mr Johnson added: “And I want to stress that the problem is not that schools are unsafe for children – children are still very unlikely to be severely affected by even the new variant of Covid.

“The problem is that schools may nonetheless act as vectors for transmission, causing the virus to spread between households.”

Last month, Education Secretary Mr Williamson gave an “absolutely” cast-iron guarantee that exams in England would not be cancelled this academic year.

The pledge came as the Government unveiled a package of measures in December for students sitting their A-level and GCSE exams in the summer to compensate for disruption to their schooling during the pandemic.

Pupils in England were told they would be given advance notice of some topics ahead of their tests and they would be allowed to take in exam aids, like formula sheets, to ensure this cohort of students is not disadvantaged.

Now the Department for Education and Ofqual will discuss the future of GCSE and A-level exams in England.

Geoff Barton, general secretary of the Association of School and College Leaders (ASCL), said: “This decision clearly raises a question about GCSEs, A-levels and other exams which are due to take place in the summer.

“This new lockdown will be disruptive to learners who have already been hugely disrupted. Schools and colleges are very worried about how exams can be made fair in these circumstances.”

He added: “We are keen to work with the Government and exam regulator Ofqual to make this process as fair as it can possibly be.”

On Monday afternoon, Nicola Sturgeon ordered schools in mainland Scotland to stay closed to most pupils until February 1 at the earliest.

In Wales, all schools and colleges will move to online learning until Monday January 18.

In Northern Ireland, Arlene Forster has not ruled out keeping schools closed following a rise in the number of coronavirus infections.