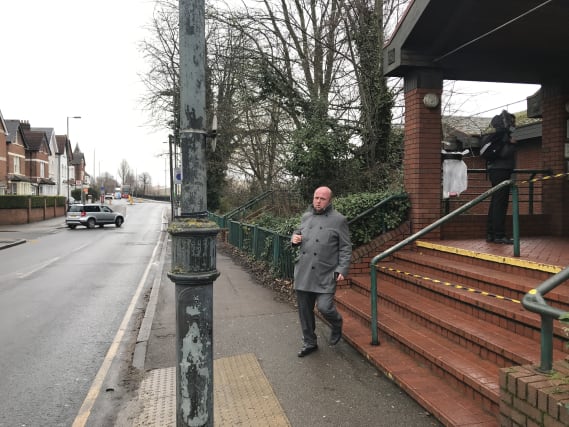 Brentford FC has admitted it was a “mistake” to employ a previously banned supporter who has now been fined for using a racial slur against a rival fan.

Steven Green, 39, was recorded using the N-word to describe the Queens Park Rangers supporter in a video posted on Twitter in September last year.

The father-of-two received a £400 fine at Wimbledon Magistrates’ Court on Monday after he pleaded guilty to racially aggravated harassment.

A joint investigation by the PA news agency and The Times found that Green was employed by Brentford as part of the club’s “Farewell to Griffin Park” tours over the summer.

That was despite him serving a four-year ban between 2011 and 2015 following a fight outside London’s Liverpool Street Station in 2010, for which he also received a suspended eight-month prison sentence for affray.

Brentford FC said a “mistake was made” in giving Green a position and a full background check was not carried out before his employment.

Green, of Powdermill Lane, Whitton, Middlesex, has now been banned by the club indefinitely following the latest incident, which took place in Hounslow Road, Twickenham, on September 12.

The order will be reviewed in three years if he completes an education course for his behaviour, Wimbledon Magistrates’ Court heard.

Asked for his opinion on a specific QPR fan, Green responded with a racial slur, Mr Hussain said.

Supermarket worker Green was identified by a police officer after he removed his face-covering as he was being filmed. He later admitted the offence in interview.

Mr Hussain told the court: “He (Green) said he may have been drunk. He had consumed eight pints of lager in the Prince Albert pub.

“He went on to say he could not offer an explanation as to why he said what he did.”

Green, who represented himself in court and has two previous convictions for public order offences, said: “I can’t explain why I have used the said language, it is not something in my nature to do.

“It was a slip of the tongue which should not have been said in the first place.

“I am very, very sorry for the language I used.”

Green said he was working with football equality organisation Kick It Out to address his behaviour.

Brentford said it had removed his season ticket and banned him from watching any the club’s games at home or away.

District Judge Andrew Sweet said Green’s language was “highly offensive”, adding: “If you proceed by using this language you will find yourself going back to prison.”

Brentford confirmed Green was employed on a casual contract for a “short period” last summer to assist with the security operation at its tours.

The Championship club said in a statement: “While Mr Green had the relevant qualifications to hold this position, we accept a full background check was not carried out prior to his employment and we have now changed our protocols to prevent anything like this happening in the future.

“We accept that a mistake was made in giving Mr Green the position we did and have reviewed our recruitment processes in the past few months.

“We do believe in rehabilitation but clearly Mr Green’s past transgressions should have been known to us.”

The club, which left its former Griffin Park stadium last year, said it had a “zero-tolerance policy towards discriminatory behaviour of any kind”.