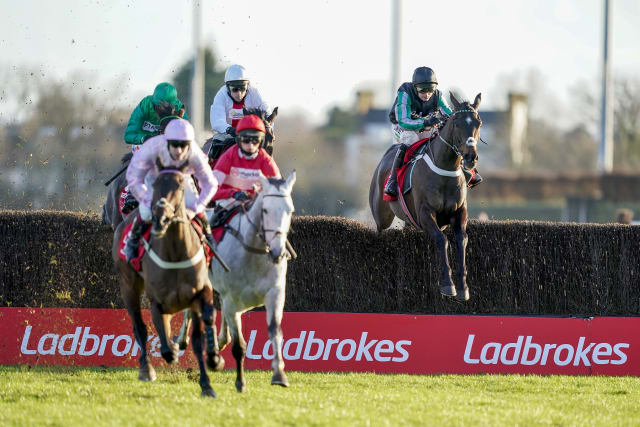 Ladbrokes owner Entain has become the centre of takeover interest from US casino giant MGM resorts, as it became the latest stateside firm to attempt to tap into the UK sector.

MGM’s £8.09 billion proposal, which was swiftly turned down by Entain’s board, is seen as a move to help rapidly expand its sports betting business.

It comes after a period of rapid growth for the sports betting and online gambling industries in the US.

MGM’s casino-owning rival Caesars has already made its own move to expand in this area by snapping up a UK betting giant.

In November, shareholders approved Caesars’s £2.9 billion takeover of William Hill, in a move which is expected to complete by March.

Why the sudden growth in the US betting industry?

In the US, the casino-focused gambling sector had been stagnant for the best part of a decade after the 2008 financial crisis, which squeezed tightly on consumer spending.

Since 1992, federal law had banned all but a few states, including Nevada, from promoting gambling on sporting events.

But the US betting industry received a shot in the arm in 2018, when the Supreme Court ruled in favour of New Jersey, home to gambling hub Atlantic City, in its lengthy bid to introduce sports betting.

The ruling placed the decision of whether to allow wagering on competitive games firmly in the hands of state legislatures, sparking a raft of other states to follow suit.

As of November 2020, 20 US states had legalised sports betting with bills going through courts in a host of others.

How did UK betting companies react to this?

William Hill entered the US in 2011, acquiring three betting firms, to grow in the Nevada sports betting sector.

It expanded its US business further following the 2018 ruling and secured a 20% investment from Caesars into its US operations, prior to the casino giant’s full takeover bid.

Entain, then known as GVC Holdings, started 2018 with three state licences in the US, before the legislative change also allowed for its steady growth.

The company also set up a number of partnership contracts with US casinos, racecourses and gaming venues, including a deal to supply technology to MGM casinos.

Paddy Power owner Flutter Entertainment runs a raft of betting partnerships in the US, including its Fox Bet platform which it runs with the US media giant.

Last month, Flutter agreed a £3.1 billion deal to take 95% control of US based fantasy sports and online betting firm FanDuel.

The largest obstacle for US betting firms disappeared with the 2018 Supreme Court ruling, but smaller obstacles still remain on a state-by-state basis.

Some states, such as North Carolina, have rules requiring betting to take place in person at specific retail locations, hampering the growth of online betting.

In other, such as Virginia, online betting is allowed, but is not permitted on college sports or youth sporting events.

As of November, only three states remained where no sports betting is allowed.

Idaho and Wisconsin have not had any publicly announced bills devoted to sports betting legislation.

Meanwhile, Utah has its anti-gambling stance written into its state constitution, banning everything from gambling on horse-racing to lottery tickets.

MGM is among the US gambling firms to focus their growth ambitions on the rapidly expanding online market, with it investing one billion dollars into its digital operations last year.

The UK, which has typically had much more relaxed gambling laws, is one of the most mature online gambling markets.

A decade of strong growth in the sector has put UK firms at the height of technological developments.

US firms struck partnerships with UK firms in 2018 to quickly access their technology when the ruling allowed for expansion but the impact of the pandemic on UK stock prices has made it a ripe opportunity for takeover moves.

Russ Mould, investment director at AJ Bell, said MGM and Caesars’s bids for UK firms show they are “desperate to add to their online footprint at a time when the pandemic is undermining business in their resorts and casinos”.