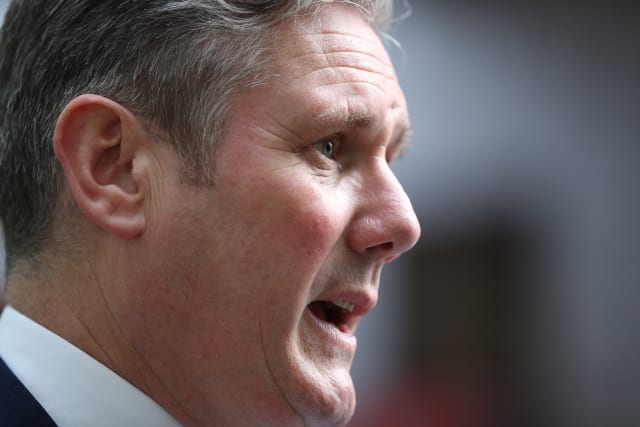 A new national lockdown should be declared within the next 24 hours, because  coronavirus is out of control, Labour leader Sir Keir Starmer has said.

Accusing Prime Minister Boris Johnson of presiding over “chaos”, the leader of the opposition insisted it was “inevitable” that more schools would need to shut.

Sir Keir told reporters the Prime Minister should not hint at new restrictions within weeks but, instead, act within hours.

His comments came after Mr Johnson signalled that a tougher anti-Covid crackdown would be brought into force in the coming weeks.

The Labour leader said: “The virus is clearly out of control.

“We can’t allow the Prime Minister to use up the next two or three weeks and then bring in a national lockdown which is inevitable.

“Do it now. That’s the necessary first step to get the virus back under control.”

As controversy raged over whether more schools should be shut, Sir Keir said:  “Everybody wants children back in school. There is nobody that would argue with that.

“I don’t want to call for the closure of schools tomorrow morning and add to the chaos, but we do need to recognise that it is inevitable that more schools will close, and we need a plan in place to deal with it.

“But it can only be part of a wider strategy that has a national lockdown in place in the next 24 hours.

“The Prime Minister is hinting at it, but he’s not doing it. We can’t afford that delay again.

“Let’s not have the Prime Minister saying ‘I’m going to do it, but not yet’, that’s the problem he has made so many times.

“Nationwide lockdown – the Prime Minister has hinted that that’s going to happen but he’s delaying again.”

Earlier, referring to the tiers system, Mr Johnson said that coronavirus restrictions in England are “probably about to get tougher” due to rising infection rates.

The Prime Minister told BBC One’s Andrew Marr Show: “It may be that we need to do things in the next few weeks that will be tougher in many parts of the country.

“I’m fully, fully reconciled to that.

“There are obviously a range of tougher measures that we would have to consider.

“I’m not going to speculate now about what they would be, but I’m sure that all our viewers and our listeners will understand what the sort of things… clearly school closures, which we had to do in March, is one of those things.”