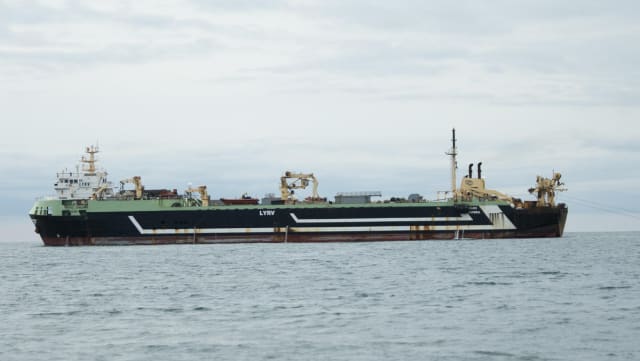 Greenpeace UK has urged the Prime Minister to ban supertrawlers in the UK’s network of marine protected areas.

Speaking on BBC’s Andrew Marr Show on Sunday, Boris Johnson said after Brexit the UK “will be able to ban these huge hoover trawlers that come in and hoover up everything off the bottom of the sea”.

Greenpeace UK’s head of oceans Will McCallum said: “The Prime Minister has just claimed that now the UK has left the EU, the Government will take action against the large-scale destructive fishing that is hoovering up fish at an unsustainable rate, often in some of the UK’s most sensitive marine environments.

“If he meant what he said, he should take the immediate step of banning bottom-trawling and supertrawlers over 100 metres long from the entirety of the UK’s network of marine protected areas.

“Unless we start properly protecting these fragile habitats from the most damaging examples of industrial fishing, the UK cannot lay claim to being a world leader in ocean protection.”