WikiLeaks call for US to drop charges against Julian Assange 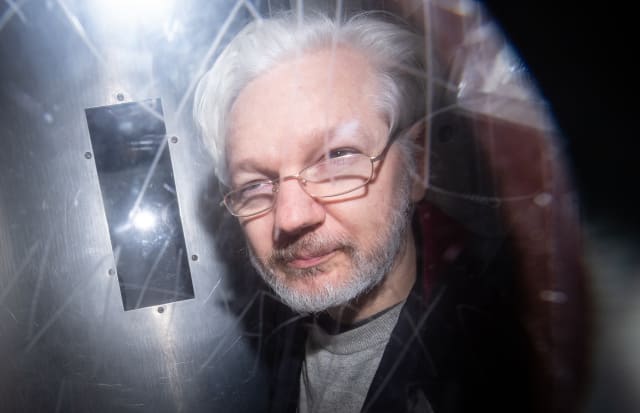 WikiLeaks has called for the United States to drop charges against Julian Assange ahead of a judge’s decision on whether he will be extradited from the UK.

Assange, 49, who co-founded the website in 2006, faces an 18-count indictment, alleging a plot to hack computers and a conspiracy to obtain and disclose national defence information.

The case follows WikiLeaks’s publication of hundreds of thousands of leaked documents in 2010 and 2011 relating to the Afghanistan and Iraq wars, as well as diplomatic cables.

Prosecutors say Assange helped US defence analyst Chelsea Manning breach the Espionage Act, was complicit in hacking by others, and published classified information that put the lives of US informants in danger.

Assange denies plotting with Manning to crack an encrypted password on US Department of Defence computers and says there is no evidence anyone’s safety was put at risk.

He is set to appear at the Old Bailey on Monday, where District Judge Vanessa Baraitser will deliver her judgment on whether he should be extradited to face the charges in the US.

Assange’s lawyers have said he faces up to 175 years in jail if convicted, although the US government said the sentence was more likely to be between four and six years.

Kristinn Hrafnsson, WikiLeaks editor-in-chief, said: “The mere fact that this case has made it to court let alone gone on this long is an historic, large-scale attack on freedom of speech.

“The US Government should listen to the groundswell of support coming from the mainstream media editorials, NGOs around the world such as Amnesty and Reporters Without Borders and the United Nations who are all calling for these charges to be dropped.

“This is a fight that affects each and every person’s right to know and is being fought collectively.”

Assange’s fiancee, Stella Moris, with whom he has two young sons, is expected to attend court on Monday along with his legal team.

She has been among supporters urging Donald Trump to pardon Assange before the end of his presidency.

Assange has been held in high security Belmarsh prison since he was carried out of the Ecuadorian embassy in London by police before being arrested for breaching his bail conditions in April last year.

He had entered the building in 2012 after exhausting all legal avenues to avoid extradition to Sweden to face sex offence allegations, which he has always denied and were eventually dropped.

Assange’s extradition hearing was told he was offered a pardon in August 2017, allegedly on behalf of the US president, in exchange for identifying the source of the emails.

The court also heard a security contractor was allegedly recruited by “American friends” to bug Assange’s meetings at the Ecuadorian embassy.

By December 2017, the US contacts were said to be “desperate”, and even discussed a potential kidnap or poison plot to end the stalemate.

The Old Bailey heard evidence Assange has been diagnosed with Asperger’s syndrome and psychiatrists for the defence said he suffers from severe depression and is a high suicide risk.

James Lewis QC, representing the US government, has said the hearing is “not a trial” and argued the defence submissions do not amount to a bar to Assange’s extradition.

The judge’s decision is likely to be appealed by the losing side.