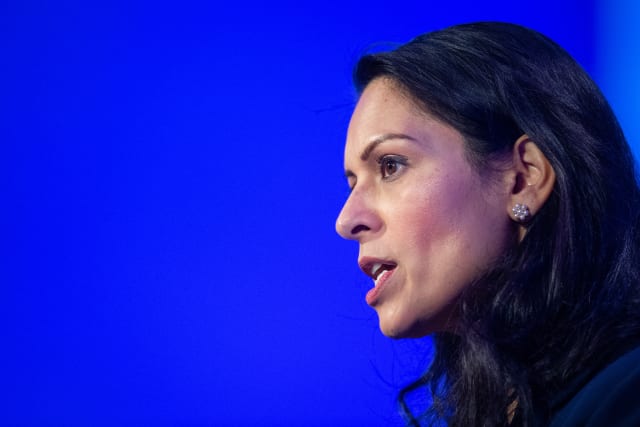 Home Secretary Priti Patel has said she is prepared to give policing and security agencies “even tougher powers to keep this country safe” after the UK’s exit from the EU.

Ms Patel talked up the post-Brexit trade and security deal that was hammered out as the clock ticked down to withdrawal from the bloc, insisting the UK would now be in a better position to protect its borders.

The Home Secretary said the country would be safer outside the EU.

However, the EU has made it clear that under the agreement the UK would not enjoy the same level of “facilities” on policing and security issues as before.

An EU briefing note said the UK would no longer have “direct, real-time access” to sensitive databases covering freedom, security and justice.”

But the deal does allow for “effective co-operation” between the UK and the Europol and Eurojust policing and criminal justice agencies, in line with the rules for third countries under EU law.

Writing in The Sunday Telegraph, Ms Patel said the agreement “gives our police and security services the tools and partnerships to help keep the public safe.

“And having left the EU means we can give these agencies stronger powers to keep this country safe.

“That includes banning foreign criminals who have served more than a year in jail from entering the UK.

“We will refuse to accept insecure national identity cards and we will be able to crack down on illegal imports of goods through the introduction of prearrival data on goods being imported from the EU.

“We will also crack down on illegal immigration and reform the broken asylum system.”

Ms Patel added that Britain would be able to control who entered the country.

She said: “Forging a new relationship with the EU also means taking back control of our borders; allowing Britain to finally control who comes into this country.

“Free movement has ended and people who want to live in the UK will now have to meet the requirements of our new points-based system.”

She said: “The jurisprudence of the Court of Justice of the European Union will no longer take precedence in the UK’s higher courts.

“This reflects a seismic shift – which will become apparent over time – in our law-making.

“The thousands of judgments handed down by the Luxembourg court every year – interpreting EU laws, determining questions on regulations in areas as varied as competition, health and safety, manufacturing and the environment – will no longer bind our judges at home.”