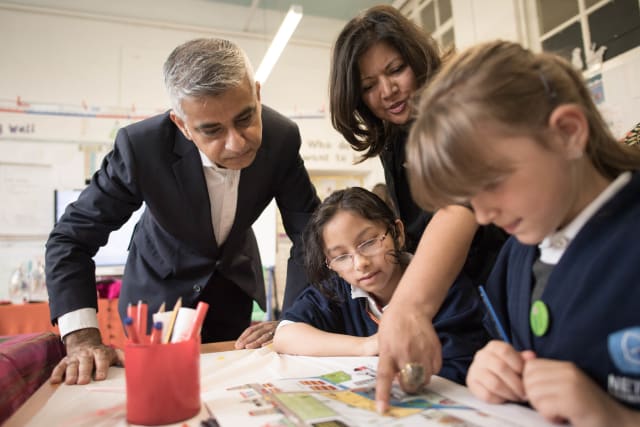 All London primary schools will remain shut next week, according to Mayor Sadiq Khan, as the capital battles with high levels of coronavirus infections.

The Labour city leader said ministers have confirmed that a blanket approach will be taken to schools, having initially chosen to keep a select number closed after the Christmas holidays.

Mr Khan tweeted: “The Government have finally seen sense and u-turned. All primary schools across London will be treated the same.

“This is the right decision – and I want to thank education minister Nick Gibb for our constructive conversations over the past two days.”

Mr Khan previously branded it “nonsensical” for some primary school pupils to be told to return next week and wrote to the Prime Minister about his anger that local leaders had not been consulted.

Under the Government’s initial plan, schools in the City of London and Kingston were set to reopen but those in 22 other London boroughs would have remained closed.

The decision comes after leaders of eight London boroughs wrote to Education Secretary Gavin Williamson formally asking him to reverse the decision to reopen primary schools in selected areas.

In the letter, the leaders said they were “struggling to understand the rationale” behind a move that ignored “the interconnectedness of our city”.

They pointed out that Covid-19 infection rates were higher in some boroughs told to reopen schools than in others where schools were to remain shut.

Dr Mary Bousted, joint general secretary of the National Education Union, said the announcement should apply to the rest of the country as well.

“It is welcome that, albeit in their usual last-minute fashion, ministers have corrected an obviously nonsensical position – one that it could not justify by evidence or sense,” she said.

“But the question has to be asked: why are education ministers so inadequate and inept? Who is advising them?

“With the highest level of Covid-19 infection, and hospitals buckling under the tsunami of very ill patients, it is time for ministers to do their duty – to protect the NHS by following Sage advice and close all primary and secondary schools to reduce the R rate below 1.”

“It is time for the Government to protect its citizens, and in particular its children, by shutting all primary schools for two weeks in order for the situation to be properly assessed, schools made much safer and children and their families protected.”