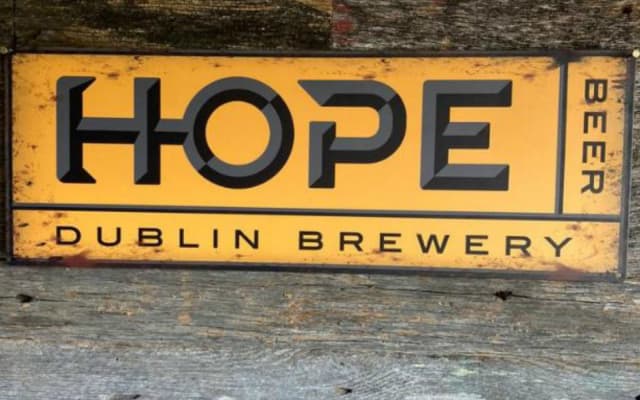 A Dublin craft brewery is set to expand this year after refocusing on the production of canned beer to offset the impact of pub closures during Covid-19.

Hope Beer co-founder Wim de Jongh said the future of the independent brewery at Howth Junction on Dublin’s northside was plunged into uncertainty last March by the onset of the pandemic.

Mr de Jongh said last year had started really well and, prior to the coronavirus outbreak, the company was excited about 2020.

“January, which is normally a dead month for us, was better than the year before, February was fantastic. We were really excited about having a very good year,” he said.

“We were building up to St Patrick’s Day so we had our warehouse full of kegs and then all of a sudden we got the lockdown announcement.

“Seventy-two percent of our customers were effectively gone overnight – that includes all the bars, restaurants. We do a bit of contract brewing; that was gone. Export sales finished and even festivals.

“We normally have a festival around St Patrick’s Day here in Howth and we do the Big Grill in town (in August) and it was all over. We were very worried.”

It was a stressful time for the brewery, which was founded by Mr de Jongh, his wife, Jeanne Mahony, and their friend, Des McSwiggan.

Not only were they anxious about the Irish market – Irish wet pubs have remained shut since March – but their biggest export market is Lombardy in Italy.

“It has gotten very bad there again in the second wave so our export sales are way down,” he said. “They were supposed to have doubled.”

“At first we were all buying toilet paper but then we started buying a lot of beer as well,” he said.

It meant Hope Beer had to alter its offering quickly to produce cans of beer instead of supplying kegs and bottles to pubs and restaurants.

During April, May and June, when the country was in its strictest lockdown, retail sales in off-licences boomed and Hope Beer managed to benefit from that.

The founders had invested their pensions in the brewery when they set it up in 2015 so they were relieved when they ended up being busy for most of 2020 despite ongoing Covid-19 public health restrictions.

Mr de Jongh hopes they will be able to maintain the gains in retail sales of cans, even if there’s a slight dip in off-licence sales, post-Covid.

“For that reason we decided to invest in a canning line,” he said.

“We’re changing our whole production area, we’re taking on a unit next door to facilitate this canning, and we’re actually spending a bit of money.”

He added that the new canning line would allow them to maintain their employment and even increase it as the pandemic continues.

Mr de Jongh was born in Holland and said he grew up with a passion for tasty beers.

When a friend set up a brewery called Hope in Holland, they decided they should do the same in Dublin and their Dutch friend became an investor.

“We called ourselves the silver start-ups because it’s quite unusual for a bunch of 50-year-olds to start a craft beer brewery,” said Mr de Jongh.

“Most of our colleagues in the industry are young, vibrant, who have been brewing at home and have a passion for beer.

“We had a different approach. We wanted to set up a good business. We saw craft beer as a business that was in a great growth area.”

Their aim was to produce craft beers with lots of flavour.

“You might not drink 10 pints of it but you will really enjoy the pints of beer that we make for you,” he added.