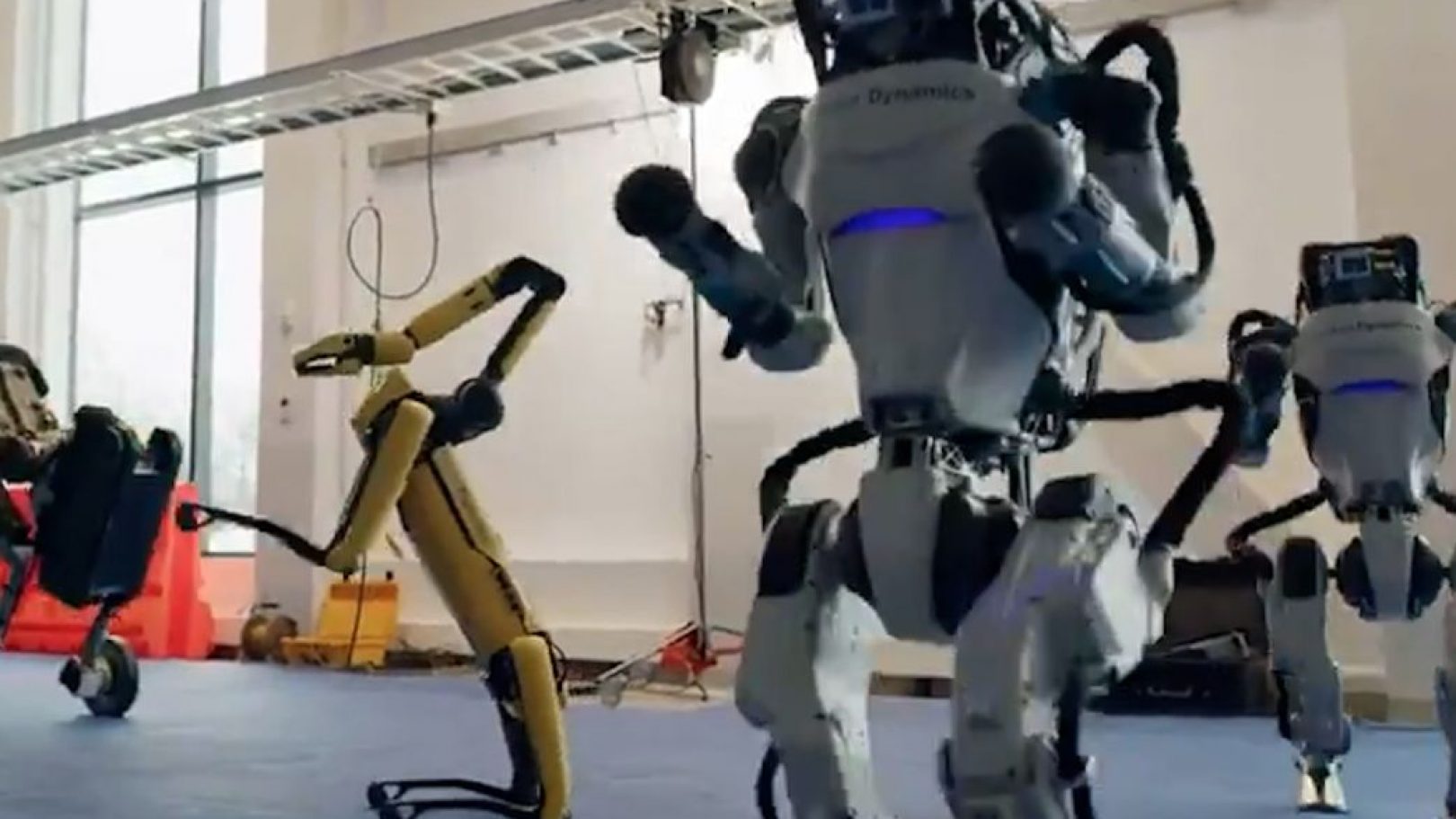 Boston Dynamics is a robotics company most well-known on the internet for making robots that eerily move like humans and animals.

Reza Zadeh, an adjunct professor at Stanford, recently posted a video of a few Boston Dynamics robots dancing on Twitter. The footage featured the company's humanoid Atlas, the four-legged delivery robot Spot and its box-mover, Handle.

The machines pulled off some intricate choreography to The Contours' 1962 hit single "Do You Love Me?"

In the video, two Atlas robots, which stand upright on two legs like humans, started off the routine by doing the twist. Then Spot, a yellow dog-inspired robot with a crane for a neck, joined them. Handle, a two-wheeled machine, was the last to arrive and did the running man.

The entire scene was like a montage from a science fiction movie. Twitter users watched it 9.4 million times. Even celebrities responded.

"They have the knowledge of the entire internet, don't have human emotions, are impervious to disease and can beat our asses in a breakdance battle. Just give them the keys to the planet. I'm tired." actress Gabby Sidibe tweeted.

Who is Josephine Langford? Meet the star of the 'After' films