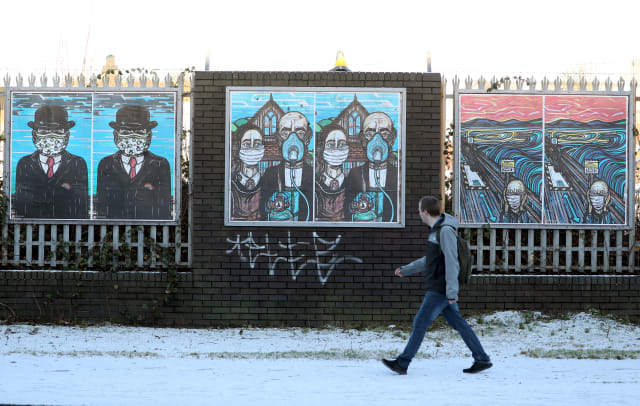 Scotland has recorded the highest number of new coronavirus cases since the pandemic began for the third day in a row.

Another 68 fatalities were also reported on Thursday, bringing the death toll under this measure – of people who first tested positive for the virus within the previous 28 days – to 4,578.

Seven Covid-19 deaths were recorded between Friday December 25 and Tuesday December 29 – though the Scottish Government noted that register offices have been closed over the public holidays – with a further 43 deaths on Wednesday.

There are 1,174 people in hospital confirmed to have the virus, with 70 in intensive care.

All of mainland Scotland and Skye remains under Level 4 restrictions, while the other islands are in Level 3.

Police Scotland and the Scottish Government have warned people against Hogmanay gatherings which could break current restrictions and potentially spread the virus further.