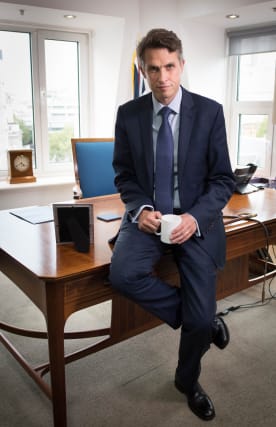 Leaders of eight London boroughs have written to Education Secretary Gavin Williamson formally asking him to reverse the decision to reopen primary schools in selected areas.

In the letter the leaders said they were “struggling to understand the rationale” behind a move that ignored “the interconnectedness of our city”.

They pointed out that Covid-19 infection rates were higher in some boroughs told to reopen schools than in others where schools will remain shut.

In their letter, the council leaders also said they had received legal advice that omitting some councils from the list of areas told to take teaching online “is unlawful on a number of grounds and can be challenged in court”.

Schools in the City of London and Kingston will also reopen under current plans but those in 22 other London boroughs will remain closed.

Danny Thorpe, leader of Labour-controlled Greenwich, which was threatened with legal action by the Government before Christmas after issuing advice to schools to move to online learning for the last few days of term, said: “In a case-by-case comparison, there appears to be no logic to how this list was brought together.”

He pointed out that Tory-controlled Kensington and Chelsea “has one of the lowest infection rates for the whole of the capital, yet their children and young people are being afforded the extra protection that apparently Royal Greenwich students don’t need”.

Mayor of London Sadiq Khan said it was “nonsensical” that some primary school students were being told to return next week and revealed he had written to the Prime Minister about his anger that local leaders had not been consulted.

“This is not the way to run schools in our city or our country and it’s another example of the chaotic and shambolic way that the Government has dealt with this pandemic,” he said.

Many staff in boroughs where schools were reopening were concerned about their own safety with infection rates so high.

According to Covid rates compiled by the PA news agency, Greenwich had 2,176 new cases recorded in the seven days to December 26, Hackney and City of London had 2,217 and Islington had 1,499.

In comparison, areas on the list included Kensington and Chelsea, which had 768 new cases in the same period.