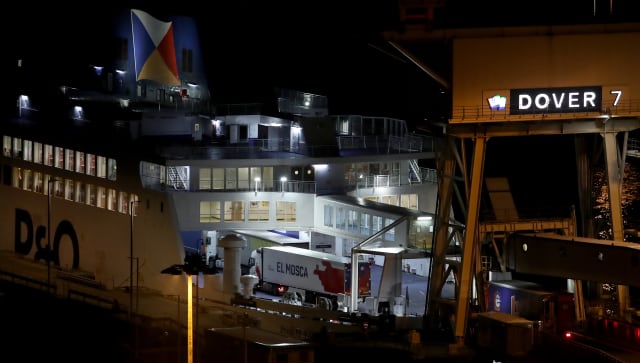 Lorry drivers trying to get to grips with new paperwork as the Brexit transition period ends will see a “relaxed” approach from HMRC at first, it is believed.

There had been fears of disruption as the UK counts down to 11pm on New Year’s Eve – the moment it will leave the single market and customs union.

However nightmarish visions of miles-long lorry queues may not come to reality as businesses seek to avoid crossing the Channel altogether and customs officials take a “flexible” approach.

Tudor Price, deputy chief of Kent Invicta Chamber of Commerce, said he does not expect “any sort of disaster or catastrophe”.

He told the PA news agency: “I think most people are just going to stay away, I think a lot of businesses have taken the opportunity to postpone or delay any movements temporarily.

“No one wants to be the first ones stuck in the queues.”

Christmas stockpiling and excess stock at retailers caused by new coronavirus restrictions may also contribute to a lack of demand for goods, he added.

Mr Price also believes lorry drivers headed for the border in the first days after the end of the Brexit transition period will see a “relaxed” approach from customs officials.

He added: “It’s good we have got a zero tariff deal, that’s a big plus for businesses but the Government can’t expect businesses to now have everything up and ready in that few hours.

“They are just going to have to be more relaxed and they are taking a very relaxed and flexible approach.”

“All the HMRC officials we have spoken to are taking a very relaxed and pragmatic view of the fact that we have only just started to see the text of the deal.”

At least 450 passes for hauliers wanting to cross the Channel – known as the Kent Access Permit (KAP) – have been issued for January 1, UK officials say.

HGV drivers that travel to ports in Kent without being granted a KAP will be spotted using number plate cameras and could face an on-the-spot fine of up to £300.

Also on Thursday, Transport Secretary Grant Shapps announced that hauliers who get tested for coronavirus before travelling to Kent will get “fast-track” access to the ports.

Currently HGV drivers wanting to travel from England to France must have the result of a negative Covid-19 test taken less than 72 hours earlier.

This has led to queues of lorries at Manston Airport and by Junction 8 on the M20 in recent days as drivers waited to get tested.