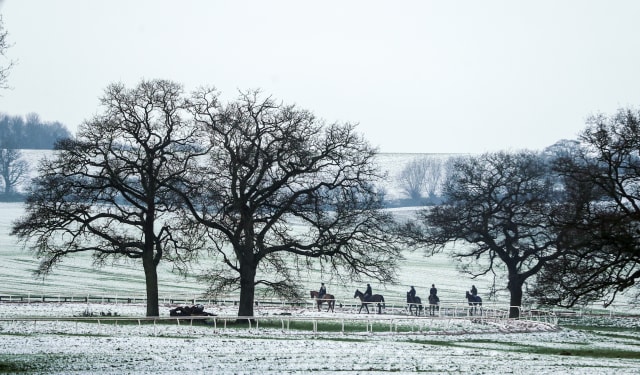 The final day of the year will bring bitterly cold wintry showers and widespread frost for many, forecasters have said.

Temperatures could plunge below minus 5C in the glens of Scotland overnight, with rain, sleet and snow flurries making their way south throughout Thursday, the Met Office said.

A snow and ice weather warning remains in force for much of northern England as well as large parts of Scotland until 2pm on Thursday, while a separate snow and ice warning for northern Scotland and Northern Ireland expires at 11am.

An ice warning covering the southern tip of England remains in force until 11am, with the possibility of rapidly freezing surfaces after downpours.

“It does lead into a very cold start to the last day of the year tomorrow, New Year’s Eve will bear with it again the risk of rain, sleet and snow, another feature sliding down the country from northern Scotland.

“Particularly inland and over the hills we will see some snow.

“Many of us will see some brighter weather, with still a keen breeze keeping things very cold indeed, and again the risk of ice as we head into New Year’s Day, with again a wintry mix coming and going, and a fairly widespread frost.”

Temperatures across the country are forecast to be between 2C and 6C during the day.

Wednesday saw the coldest night of the winter so far, with a low of minus 10.2C recorded in Dalwhinnie in the Scottish Highlands.

Although the AA said regional restrictions imposed due to Covid-19 meant roads were quieter than normal, bitterly cold conditions are forecast to continue throughout Thursday and into the new year.