The people behind the Oxford-AstraZeneca vaccine 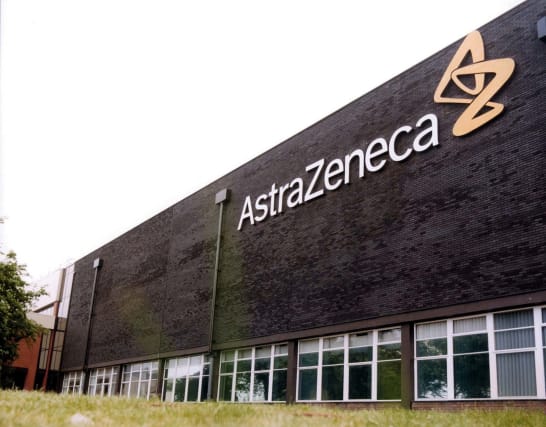 Who are some of the people behind the Oxford-AstraZeneca coronavirus vaccine?

A professor of vaccinology at the university, Sarah Gilbert was the lead researcher of the trial.

She began her work at the university looking at genetics and host-parasite interactions in malaria, before starting on vaccine development, which has included work on the flu vaccine.

She first read on New Year’s Day in 2020 about a new virus emerging in China, and spent much of the rest of the year working with her team to create a vaccine.

The mother of grown-up triplets said she knew she could work without much rest and endured some sleepless nights along the way this year.

But she said she never doubted what she and her team of researchers were doing – just that at times she worried about things they might have missed along the way.

She told BBC Radio 4’s Today programme: “At the start of the year I did have sleepless nights, wondering what it was that we haven’t thought about – what problem was going to trip us up, because nobody had realised that we needed to do it, but, actually, that never happened. Somebody had always thought of everything.”

Throughout the development process she was always positive, telling the Duke of Cambridge when he visited the Oxford Vaccine Group’s facility back in June that she was hopeful they would “see something”.

“The only question is how good it is and how long it will last,” she added.

Describing the team’s work on creating a vaccine, she told Today the final parts of the jab were designed in a weekend, given that they had a good basis in employing methods they had used previously.

After all their hard work – with the hopes of a nation and beyond on their shoulders – she said the team was “very happy” with the vaccine’s performance and told how they were all “really looking forward” to approval and rollout.

The director of the Oxford vaccine group, Andrew Pollard is a professor of paediatric infection and immunity.After the vaccine’s results from clinical trials were announced in November, Prof Pollard said it was “a very exciting day” and hailed it as a “vaccine for the world”.

He said: “I think this is an incredibly exciting moment for human health.”

He also chairs the Joint Committee on Vaccination and Immunisation (JCVI), which advises UK health departments on immunisation.

He has published more than 500 manuscripts and books on various topics in paediatrics and infectious diseases, according to the Oxford website.

A doctor of veterinary medicine, Pascal Soriot is executive director and chief executive officer of AstraZeneca.

He was previously chief operating officer of Roche’s pharmaceuticals division and chief executive officer of a biologics business, Genentech.

The Frenchman has a passion for science and medicine, according to his current organisation’s website.

It was announced in April that Oxford had partnered with AstraZeneca for the development, manufacture and large-scale distribution of the university’s vaccine  candidate that is currently being trialled in the UK.

Back then, as countries were dealing with their first wave of coronavirus, Mr Soriot acknowledged that it was a risk to “launch into development” of the vaccine, but added: “now is the time to take those risks – this is a terrible crisis we’re facing, and we need solutions”.

He said the partnership would combine the university’s “world-class expertise in vaccinology” with the pharmaceutical company’s “global development, manufacturing and distribution capabilities”.

Both partners agreed to operate on a not-for-profit basis for the length of the outbreak.

Following November’s trial results, Mr Soriot said: “The vaccine’s simple supply chain and our no-profit pledge and commitment to broad, equitable and timely access means it will be affordable and globally available supplying hundreds of millions of doses on approval.”

When the findings of their vaccine trials were announced, some of the scientists involved were celebrated in the form of gifs.

The series of animated images on Twitter featured Federica Cappuccini and Sean Elias, both members of the Edward Jenner Institute for Vaccine Research at Oxford.