Second vaccine to be rolled out across Wales from Monday, says health minister 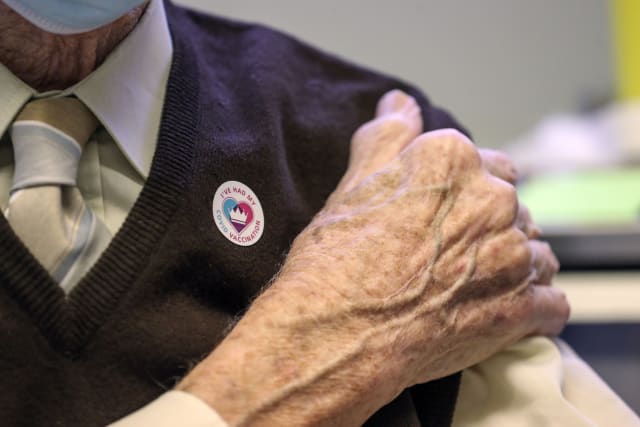 A second coronavirus vaccine will be rolled out across Wales from Monday, health minister Vaughan Gething has announced.

The Oxford/AstraZeneca jab was authorised as safe and effective by the Medicines and Healthcare products Regulatory Agency (MHRA) on Wednesday, following large-scale clinical trials.

Around 100 million doses have been ordered by the UK Government – enough to vaccinate 50 million people – and Wales will receive its allocation based on population over the coming weeks and months.

In early December, the Pfizer/BioNTech vaccine became the first to receive MHRA approval in the UK. Since then, more than 30,000 people are estimated to have received the jab in Wales.

Mr Gething said having two vaccines approved was not an “instant fix” to the Covid-19 pandemic and urged people to continue to follow regulations to limit the spread of the virus.

He told the Welsh Parliament that the rollout of the Oxford/AstraZeneca jab would begin in Wales and the rest of the UK from Monday.

“It will arrive in small quantities initially, with more of our population-based allocation arriving each week,” Mr Gething said.

“Unlike the Pfizer/BioNTech vaccine, the Oxford/AstraZeneca vaccine is stored at normal vaccine fridge temperatures.

“This means it will have fewer storage and transportation issues, making it much easier to use in community settings such as care homes and primary care.

“Again, two doses will be needed, albeit the interval can now be moved to 12 weeks between each dose.”

Mr Gething described news of the vaccine’s approval as “excellent” and said plans were in place to ensure Wales had the “capacity, systems and staff” to increase the number of vaccinations.

But he stressed that it was important to be “realistic” as the effects of the vaccines may not be seen nationally for “many months”.

“We all still have a part to play in keeping Wales safe, however we can now do so with a greater sense of optimism for 2021,” Mr Gething said.

“There really is light at the end of this long, dark tunnel.”

He told the Senedd that “levelling off” of coronavirus rates in Wales had been seen but they continued to be high, with an increase in cases in North Wales.

The current number of beds occupied in Welsh hospitals is higher than at the peak of the initial wave in April, with usual capacity limited due to staff absence and distancing patients with and without Covid-19.

Mr Gething said the coming weeks would be an “extraordinary challenge” for health and social care staff, with 2,600 coronavirus-related patients already in Welsh hospitals.

Critical care was “perhaps under the greatest pressure”, with 126 Covid-related patients in Welsh hospitals – an increase of 24% since December 21.

On Tuesday, there were 210 critical care patients in beds across Wales. The normal capacity is 152 patients, meaning critical care in the country was operating at almost 140% of this, Mr Gething told the Senedd.

“Our critical care staff have not had a break and the awful truth is that patient flow out of critical care is not all good news,” he added.

“Some people do recover. However, mortality rates are making a bigger contribution to freeing up beds.”

Figures show that almost 40% of people admitted to critical care units in Wales since September 1 have died, which Mr Gething said was “the reality of the number of infections” seen in the country.

The most recent estimates for the R value in Wales are between 1 and 1.3, with growth of 1% to 4% per day. Approximately one person in 60 in Wales has Covid-19.

Public Health Wales data gives an incidence rate of 433 cases per 100,000 people across the country.

On Wednesday, a further 2,281 cases of coronavirus were reported in Wales, taking the total number of confirmed cases to 146,706.

Public Health Wales reported another 13 deaths, bringing the total in Wales since the start of the pandemic to 3,429.