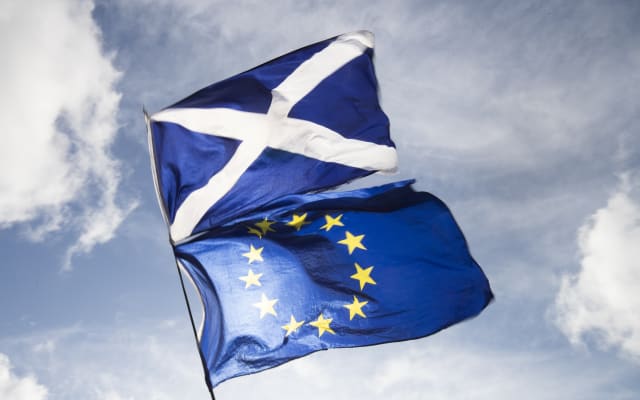 Scotland is to leave its former partnership with the European Union despite Holyrood refusing to give legislative consent for the Prime Minister's Brexit agreement.

The UK exits the transition period on Thursday night, entering a new partnership with the 27 EU member states.

MSPs voted by 92 to 30 to say the deal would "cause severe damage to Scotland's environmental, economic and social interests", following a debate on Wednesday.

The agreement means the UK has access to its biggest export market tariff-free and quota-free, but the end of the transition period from December 31 will still see companies having to make adjustments to their operations.

Scotland's fishing industry was a key battleground during the negotiations, but many in the sector were not pleased with the result.

Jimmy Buchan, chief executive of the Scottish Seafood Association, said: "Our members who are exporting seafood into the EU will be financially worse off due to these new costs from January 1.

"This additional burden, which in some cases amounts to hundreds of thousands of pounds annually, severely blunts our competitiveness when many small and medium-sized businesses are already struggling due to the Covid-19 pandemic."

James Anderson, chairman of Shetland Fishermen's Association, said: The deal is significantly worse than what was pushed for, and promised to us, by the Government.

"It was agreed on Christmas Eve, denying us the opportunity to examine the detail and highlight the obvious problems with it."

The Scotland Office has said there would be a 25% increase in the UK's quota by the end of June 2026.

A spokeswoman added that the agreement "recognises UK sovereignty over our own fishing waters".