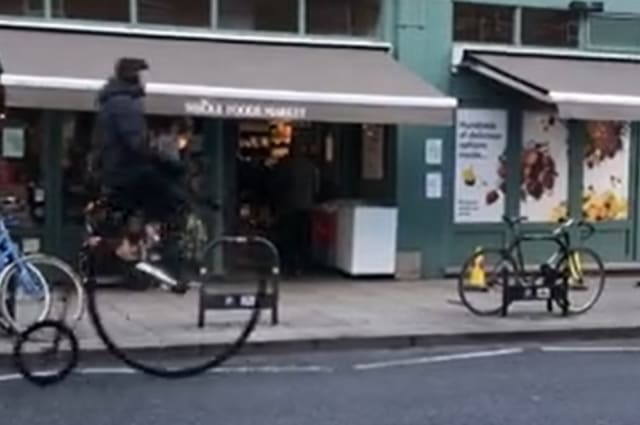 A man riding a vintage penny-farthing bicycle was spotted crashing into a DPD delivery van on Sunday.

The clip, filmed in Stoke Newington, London, shows the man riding down the road before being cut off by the delivery driver turning right, causing him to smack into the side of the van before hitting the ground.

Gary Buckley, who managed to capture the footage, reported that the cyclist was OK and only slightly bruised.