Oxford vaccine to be administered in Scotland from Monday 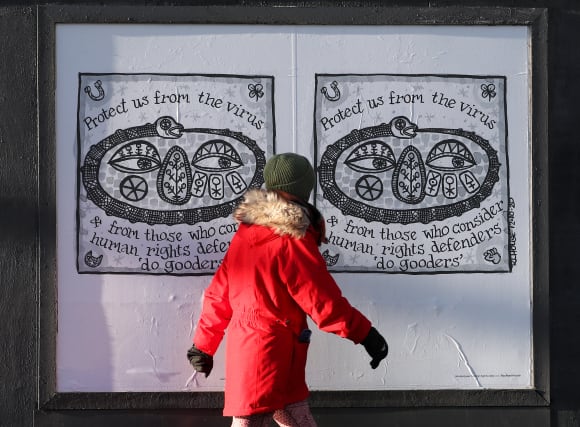 The Oxford University and AstraZeneca Covid vaccine will be given to people in Scotland from Monday, Nicola Sturgeon has said.

It comes as the country recorded more than 2,000 new coronavirus cases in a single day – the second day in a row that the figure has set a new record.

Ms Sturgeon told MSPs the Government has been preparing for the deployment of the vaccine “for some time”.

She added: “I can confirm that it will be administered in Scotland from Monday, January 4.

“As of Sunday more than 92,000 people had already received their first shot of the Pfizer vaccine but today’s news means that more people will get their first dose of a Covid vaccine much sooner than originally anticipated.”

The latest Scottish Government figures indicate 2,045 new cases of Covid-19 were reported in the last 24 hours, after a previous high of 1,895 cases on Tuesday.

Wednesday’s figures also reported 43 fatalities, bringing the death toll under this measure – of people who first tested positive for the virus within the previous 28 days – to 4,510.

Seven Covid-19 deaths were recorded between Friday December 25 and Tuesday December 29, though the Scottish Government noted register offices have been closed over the public holidays.

There are 1,133 people in hospital confirmed to have the virus, with 69 of them in intensive care.

Ms Sturgeon has said the new Covid-19 strain is “fast becoming” the most dominant one in Scotland.

“That is a concern as it’s thought to be significantly more transmittable,” she said.

“Analysis done by Public Health Scotland shows that, yesterday, 42.8% of positive tests processed for Scotland in the Lighthouse labs had the S gene drop-out that is indicative of the new strain.

“That is higher than the 38% suggested by ONS analysis for the week beginning 14 December. And that in turn compared to just 6% at the end of November.”

All of Scotland’s mainland areas entered Level 4 – the toughest of the country’s five tiers of restrictions – for three weeks on Boxing Day.

In this tier, non-essential shops, cafes, restaurants, gyms and hairdressers must close.

Orkney, Shetland, the Western Isles and other island communities moved to Level 3.

Ms Sturgeon said “even tighter” restrictions cannot be ruled out for Level 4 areas, and she vowed to keep Parliament updated should “any changes be required over the remainder of the festive period”.

She added the “planning assumption” remains to open schools on January 18, but parents will be informed of any changes that may be necessary.